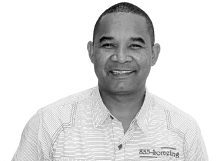 “No longer shackled by chains but by our economic conditions”

The struggle for trade, labor, and racial justice in Colombia’s ports

Witness for Peace is excited to bring Jhon Jairo Castro, the President of the Buenaventura chapter of the Portworkers Union, to Olympia Wednesday, October 23 at Traditions to share his experience as an Afro-Colombian labor leader in one of the deadliest countries in the world for union activists. Jhon Jairo has worked as a longshoreman and organized for labor rights for over eleven years, leading various actions for just working conditions in Colombia’s principle port city of Buenaventura.

A voice from the port through which 60 percent of Colombian imports and exports pass is especially significant in the wake of the approval of the US-Colombia Free Trade Agreement. Jhon Jairo will share what privatization and free trade have meant for Buenaventura’s Afro-Colombian community, who make up nearly 90% of the city’s population. While these policies serve to increase economic activity and the value of the port, they do nothing to distribute the benefits of the profitable shipping industry or the millions that flow daily through the port.

According to the Washington Office on Latin America, “[Of] the city’s 375,000 residents, about one third are unemployed and 80% live in poverty. Sixty-five percent of Buenaventura’s households do not have a sewage system, and 45% do not have potable water. Life expectancy in Buenaventura is 51, compared with the national average of 62.”
Those working in the ports to improve labor conditions are met with constant threats and obstacles to organizing. Despite the Obama-Santos Labor Action Plan, a prerequisite to the US-Colombia Free Trade Agreement that was meant to ensure protections for Colombian workers, in 2012 alone 20 trade unionists were murdered and 431 leaders received threats. Furthermore, there is still 90 percent impunity for cases of violence against trade unionists. Three leaders of the Portworkers Union, including Jhon Jairo, received death threats in 2012, and though there were authorized labor-rights leader protection measures by the National Protections Unit (UNP), they still have not received them and their lives remain in danger.

For over a year the Portworkers Union has intensively campaigned to formalize employment in the ports. Roughly 80 percent of the workforce in Colombia’s ports is employed under flexible indirect contracts, meaning that workers are unable to legally join unions, register complaints without retribution, or receive benefits.  This is a clear violation of the Labor Action Plan, which explicitly banned indirect contracting. Furthermore, anti-union propaganda, intimidation and mass dismissal of union members continue—this as portworkers face some of the most backbreaking labor conditions in the country as well as terrible paramilitary violence.

Please plan to attend Jhon Jairo Castro’s talk at Traditions Cafe in Olympia on Wednesday, October 23, at 7 pm.  Castro’s visit is co-sponsored by Media Island, Works In Progress, and Witness for Peace Northwest.

Witness for Peace, founded in 1983 as the Contra War raged in Nicaragua, is a politically independent, nationwide grassroots organization.  It is committed to supporting peace, justice, and sustainable economies in the Americas by changing US policies and corporate practices that contribute to poverty and oppression in Latin America and the Caribbean.