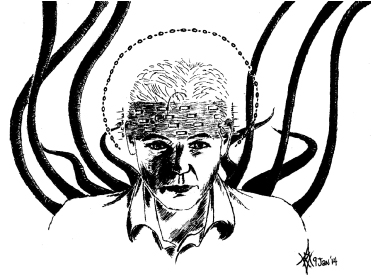 fiction masquerading as fact pushed WikiLeaks back into the spotlight

The Fifth Estate by director Bill Condon sets a tone that has one believing it would be about WikiLeaks, instead it concentrates on how Daniel Domscheit-Berg, the former spokesman for WikiLeaks, perceived the founder, Julian Assange. The book on which the movie is based, Inside WikiLeaks:  My Time with Julian Assange and the World’s Most Dangerous Website, does nothing to explain how Julian Assange ticks and why WikiLeaks is so important to the people of the World.  The movie goes into how Domshceit-Berg sees Julian Assange as erratic, paranoid and “obsessed with power.”

Julian Assange, regardless of his characteristics, is fulfilling the job requirements of what world leaders should be doing for their own populaces, “integrity of the institutions and security of the individual.”  It does not matter if he is erratic; being unpredictable is essential when you have governments trying to find you. Paranoia, this can happen after moving 39 times during his youth (Julian’s mother constantly was moving from what or whom I’m not sure) and evading the authoritys time and again for hacking into government computers to stop them from doing harm to the majority of humans without their knowledge or ability to keep integrity in check.

At seventeen, Assange hacked into the U.S. Defense Department prior to the invasion of Iraq in January 1991 and found classified documents containing  target sites of civilians. For that, he was hunted by the FBI and, before he could distribute the information, was arrested by Australian federal police.  One of his fellow hackers had turned informant. “Obsessed with power”—is that a perception of Julian Assange as a power seeker or one who is wielding power of knowledge to help others gain wisdom?

It is unfortunate that the movie is Hollywood propaganda. No one from DreamWorks Pictures nor it’s distributor—Disney—contacted Julian Assange or gave WikiLeaks a cut from the profits on the movie. It seems to be the case for Julian Assange and WikiLeaks that the movies and books based on his story and website are too often used for corporate profiteering.

Even though the film is generally negative, a simple light is shown in the making of Fifth Estate when the lead actor Benedict Cumberbatch [well known for his role in the British TV series Sherlock] reached out to Julian Assange.  Mr. Cumberbatch took it upon himself to get in touch with Julian Assange because he really wanted to present Assange as three dimensional and not as the book perceives him to be. During their email contacts, Julian was concerned Benedict would be used “as a smoking gun,” this in turn caused Mr. Cumberbatch out of respect for Julian to consider his words, but then saw it bigger than the two of them—“story needed to be told.”

Julian Assange did state that “Cumberbatch tried to ameliorate the script but, unfortunately, with limited success… though I’m pleased he tried.”

What seemed to move Benedict Cumberbatch to finish the movie was his story he spoke of during the making of the film. Mr. Cumberbatch was in South Africa in 2005, where he and his friends were driving in a dangerous location, when the car had a flat. While  changing the tire, he and his comrades were kidnapped (with weapons pointed at them) and driven away from their vehicle, just to be let out onto the ground, scared, tied up with limbs numb and dumbfound as to what just occurred. Cumberbatch recalls, “It taught me that you come into this world as you leave it, on your own. It’s made me want to live a life slightly less ordinary.” He has also found himself realizing that government tyranny and criminal activity are one and the same.

Even though reluctant to do the movie, Benedict—“personally supportive” of Julian Assange and WikiLeaks— and the director of Fifth Estate, Bill Condon, saw it as an opportunity to bring Julian Assange and WikiLeaks back into the spotlight. Benedict has stated, “No matter how you cut it, he’s done us a massive service to wake us up to the zombielike way we absorb our news.”

Bill Condon commented, “It may be decades before we understand the full impact of WikiLeaks and how it’s revolutionized the spread of information. So this film won’t claim any long view authority on its subject, or attempt any final judgment. We want to explore the complexities of transparency in the information age and, we hope, enliven and enrich the conversations WikiLeaks has already provoked.”

In the end it is up to each of us to go out and search for the truth and bring it to light.

April Adams, an Evergreen alumna, is a member of the Inter-Tribal Warrior Society, the secretary for Veterans For Peace Rachel Corrie Chapter 109 Olympia, journalist, photographer, artist, and political activist.