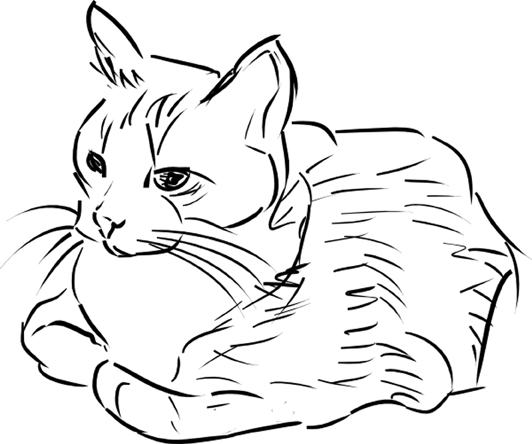 Half of it is full of hate

The left has finally become irate

But the revolution has come too late

The corporation won long ago, suing the Sioux, destroying

The white man is a red man: the devil in disguise

Trump won the election by telling the truth: that

all of us (them) spread nothing but lies: the earth is not on fire,

the worst possible apprentice has not been hired

Consume, eat, fatten yourself for the slaughter

If you’re dark, we’re coming for you, your wife, your

Or could the right be wrong?

The earth IS getting hotter…Screw this poem, it’s no good. I can’t continue. How can I continue? My cat left November 4th, crawled into a dark place and died in the cold, alone. And he was all I had. He was a big black cat and his name was Jezebel. I found him as he was, with that name, six years ago, and he remained a big black cat named Jezebel until I lost him. Since then I have been thinking of doing the same: crawling into a dark place and dying. I don’t give a shit about Trump, or that someone I thought was my friend stole $120 from me, or even that I was told, on my birthday, that I will be losing my job come January 6th, or that my father died this year… We’re all alone in the pile of shit this year has been. The election was bad but the loss of loved ones has been worse, whether human or beast, family or friend. The only thing I regret is that: it is harder to replace a president than a cat. So, to all of those we lost this year that were wonderful and so loved, I conclude, will all my heart: Fuck Donald Trump.

Kenneth is now unemployed. He continues to produce poetry and art that denigrates powerful politicians. Buy a collage from him.

Next:
Whenever I ask my friend Dean how he is, he…