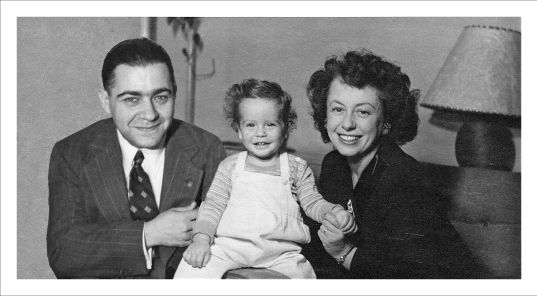 Let’s welcome Syrians to the U.S.

(The following is an edited version of a talk at a forum held at The Evergreen State College—After Paris: Responding to Islamophobia and the Refugee Crisis—given by Peter Bohmer on December 2, 2015)

First, a little about my parents and grandparents

My family is from central Europe; my mother and father were born and grew up in Vienna, Austria as assimilated Jews. In March 1938, the Austrian government welcomed the invasion of Nazi Germany although there was some popular resistance. Germany immediately annexed Austria. My dad who was 22-years-old was arrested and imprisoned in late March 1938 for activity in the Jewish community. He was beaten by the guards but was released in August 1938. My parents immediately fled Austria for France which let in many Jews though they also limited entry; e.g., from Poland which had the largest Jewish population in Europe.

An imminent invasion of France by German was expected so my parents knew they needed to leave France as soon as possible.  They wanted to immigrate to Australia or the United States, but, at first, couldn’t get a visa to either.  They were able to find a U.S. sponsor and with the assistance of an official in the U.S. embassy in France they came to the U.S. a year later in June, 1939, shortly before German occupied France.

The St. Louis, a ship with 900 Jews fleeing Germany was refused entry to the United States in the same year and was sent back—one-third of whom were later killed in concentration camps. The majority of Jews who applied for entry into the United States between 1938 and 1940 were refused permission.

In 1939, my grandmother managed to escape from Vienna to Sweden where we had relatives. She was unable to get a visa to the United States even though my parents were sponsoring her. She finally received one from Cuba where she lived until 1946 when she got a United States visa permitting her to come to Queens, NY where we grew up.

Her ex-husband, my grandfather, also left Vienna returning to Nazi-occupied Czechoslovakia where he was born and had grown up.  He was hidden on a farm by a Catholic family for the entire war. He died of cancer in 1945, shortly before the war ended. He was a holocaust victim because he was prevented from going to a hospital for fear of being discovered. The family who hid him for five years committed a courageous act of solidarity. They risked their own lives to help my grandfather.  I hope people here today have the same courage.

I have recounted this family history because of the many analogies between the situation and treatment of Jewish and Roma (sometimes called Gypsies) at the beginning of World War II with Syrians today.  If the United States and England and other countries outside of Europe had opened their borders more widely, hundreds of thousands or more Jews and others fleeing fascist persecution would have survived.

During the period of the late 1930’s and 1940-1941when emigration from Europe was more possible than later in the war though was severely restricted (by whom?), the primary reasons given for limiting Jewish entry into the United States in this period included the following:

Consider the analogy to Islamophobia.  To Islamophobes, Islam is an alien religion that threatens “our” values and therefore Syrians, Iraqis and Afghanis should not be permitted to enter. It is Jeb Bush and the governor of Michigan, Rick Snyder, saying the U.S. should only accept Syrian Christians.

This is analogous to the argument today and especially since 9/11/2001 in the U.S., Canada and many European countries that Muslims are taking over, want to take over and therefore should be excluded.

This two to one ratio against Jewish entry, 75 years ago, is similar to many polls today on whether to admit Syrian refugees to the United States. In a recent Washington Post poll, 54% responded they were against any Syrians being admitted.  Thirty-one governors support stopping all Syrians refugees from living in their states, either permanently or temporarily, until there is careful checking one by one of each person applying to live there.  Fortunately governors do not have that power, only the federal government does. These pronouncements by these governors both reflect and contribute to the anti-refugee and anti-Arab and Anti-Islamic climate that we must challenge in words and practice.

The U.S. House of Representatives just passed a bill in which 47 Democrats joined 242 Republicans that calls for temporarily banning all Syrian and Iraqi applicants from gaining refugee status.

In my research on this claim, I found only one person was charged as a Nazi spy even though the FBI conducted thorough investigations of those seeking entry, which continued long after their entry to the United States.  My own parents were again interrogated by the FBI after a few years to determine whether they were Nazi agents; they were not.

A similar claim is being made today in the U.S. although not one person convicted in the U.S. of a terrorist attack here is a Syrian, Iraqi or Afghan refugee. There are already thorough security background checks of those who want to come here. Moreover, the price of trying to obtain absolute security means closing and further militarizing our borders with increased surveillance and police powers at home.  Meanwhile, the cost in human lives caused by exclusion is immoral and, therefore, not acceptable.

A sign at a recent anti-refugee demonstration at the State Capitol on November 20, 2015 read “Vets Before Refugees.”

This was also the argument in the late 1930’s, in a period of even higher unemployment and poverty than now.   There are 40 million poor people in the United States, using government definitions, and in reality twice that, continuing racial and women’s oppression, growing economic inequality, police violence and mass incarceration disproportionately against Black, Latino and Native Americans, and many other issues.  However, the people who oppose Syrian refugees and immigrants are also the same people who oppose policies such as full employment, raising the minimum wage, reproductive rights, veteran’s benefits, and taxing the wealthy and corporations, all of which would help both refugees and the oppressed here. These right-wing fear based politics go far beyond Donald Trump and Ted Cruz.

The estimated cost of Obama’s proposed resettlement plan of Syrians in the U.S. in 2016 is $1.2 billion. A 20% additional tax on the income of top 1% would yield over $600 billion dollars a year, which could end homelessness and make housing more affordable, fund free college for all, provide affordable and universal high quality health care and make childcare more accessible. It could end poverty.  In addition, the government could raise the minimum wage, and at little cost could increase employment. So it will not either help refugees or help people already living here, but will help both.

We need to strengthen social movements demanding immigrant, economic and social justice and/or supporting candidates such as Bernie Sanders who wants to both support refugees and U.S. residents.  This is not meant as an endorsement of Sanders as he does have limitations, but he does address many of these urgent issues.  If we cut the military budget and release many prisoners there is even more money available for ending poverty and accepting refugees.

In addition, I was in Greece last summer, a country whose population is equivalent to that of Washington and Oregon, but where more than 700,000 refugees have entered during the last year— the majority Syrian.  For the most part, those entering Greece do not stay for extended periods. They enter primarily on small boats from Turkey and hope to go further west. Many die during their passage to Greece in overcrowded boats not built for rough waters. There is an intense exploitation by those profiting from organizing these dangerous voyages similar to those profiting from the immigration to the United State of those fleeing economic and political violence from Mexico and Central America who are also refugees.  I am impressed by the solidarity exhibited by thousands of Greek people, many whom are poor and unemployed, sharing their food, clothing, medicines, and even their houses with refugees. We can do that here, too.

Obama has proposed resettling 10,000 Syrians in the United States in 2016 and has challenged the extreme fortress America, close our borders rhetoric. This is positive move, but admitting only 10,000 is insufficient. It is analogous to the limited entry that was granted to Jews, Roma and others fleeing the Nazis.  According to the United Nations there are four million Syrian refugees outside of Syria, mainly in Turkey, Lebanon  and Jordan, and seven million internally displaced refugees—together almost half of the Syrian population. They are victims of ISIS, the al-Qaeda affiliated al-Nusra Front, and the murderous Syrian State of Bashar al-Assad. According to the UN, more than 250,000 Syrians have been murdered since 2011, mainly by the Assad government. The numbers are growing daily. This is equivalent in relation to population of three million people being killed in the United States.   We should be accepting and welcoming far more than 10,000 Syrians a year.

France, even after the horrific November 13 mass murder in Paris said they would still accept 30,000 Syrians over the next two years.

There are many parallels to past U.S. fears and restricted permission of  Jews and others fleeing Nazi persecution  in the 1930’s and early 1940’s to the  almost total exclusion of  Syrians today including the restrictions on entry for those from Afghanistan, Iraq, Mexico, and Central America, thousands of which are Central American children.

I make this comparison because it is far easier to criticize the past and its accepted ideology of anti-Semitism and Nazi sympathy than the Islamophobia of the present. In general, we are not as conscious of how inhuman and reactionary is the current ideology that espouses anti-immigrant and anti-refugee rationalizations because we hear these ideas daily. I ask you to be as critical of our current anti-refugee and discriminatory policies as we now are now of the policies in the late 1930’s.

We should talk to our friends, acquaintances, family, fellow students and workers, in our places of worship and in our communities about fighting fear-based racist politics and welcome to the United States those whose lives are in danger. Syrian refugees are victims and not the cause of the extreme violence and growing poverty in Syria.

One concrete step at the Evergreen State College that we can do is to invite Syrians outside the United States to apply as students and make it affordable for them to attend.  Other institutions should figure out concrete ways to aid Syrians and other refugees such as providing sanctuary. We should all be educating the public and changing policy.

Let us learn from our mistake so we do not repeat the harm that was caused so long ago.

Peter Bohmer is a professor of economics at The Evergreen State College in Olympia.

Next:
Regarding fossil fuels Everyone wants to believe the agreement reached…