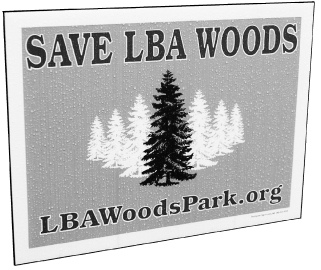 Will there be adequate open space and parks available to meet future need?

The 150 acres of woods surrounding LBA Park (located off Morse Merriman in SE Olympia) are the last large forested area within Olympia and its UGA that is not already a park. The owners of the two parcels that comprise the woods (Bentridge and Trillium) have expressed their willingness to sell, but unless the City acts quickly to secure the woods, the developments planned for those parcels will proceed.

The LBA Woods Park Coalition has now gathered over 5,200 signatures of area residents asking the Olympia City Council to purchase the woods for a park before these woods are lost to housing developments.

The City’s Parks, Recreation, and Arts Advisory Committee voted unanimously with one abstention to move forward with a study of the feasibility of purchasing the Bentridge parcel.

The LBA Woods are a true gem. The woods have more than four miles of wooded trails through varied terrains, including mature forest (a dozen or so trees over 36 inches diameter) and alder groves. Hundreds of people walk and run there. It is especially popular for walking dogs, and the gentle slope trails are accessible to seniors. Black Hills Audubon birders have identified fifty-eight bird species in the woods. The woods provide critical habitat for birds and wildlife that residents enjoy seeing in their yards and streets.

City polls have consistently found that city residents state their number one parks goals to be nature and trails.

The demand for open space forest trails will nearly double in the next 20 years. Over that period, Olympia’s population is projected to increase 20,000 and Thurston County’s by 120,000. This begs the question, if Olympia does not act now to secure the woods, where will the children play? How will we address the nature-deficit disorder that will increasingly undermine our physical and mental health.

Funds exist to purchase the parcels. In 2004, City residents approved the “voted utility tax” to raise about $2 million a year until 2024 for parks. The voters’ pamphlet and the City mailer stated that the tax-generated park funds would be prioritized for park acquisition before the remaining lands are lost, and estimated the funds would acquire about 500 acres, mostly open space. To date, the City has acquired only 51 acres. The City can use the park acquisition funds from the voted utility tax to finance purchase of the Bentridge parcel now, which is currently on the market for a favorable price of $6.5 million. As Jane Kirkemo, the City Finance Director, has explained, the City could issue a bond anticipation note now to pay for the parcel, and pay off that note in 2016 when it sells a new round of general obligation bonds that would in turn be paid off using the voted utility tax revenues.

If the City supplements its bond funds supported by the utility tax with funds from other sources such as County conservation futures and state grant programs, the City would likely be able to purchase Trillium also by 2016.

Flat areas on the edges of the LBA woods can potentially address the City’s longstanding need for rectangular sport fields and an off-leash dog park without compromising the existing woods and walking trails. The City is conducting a site suitable study now that would confirm those uses.

Shortly after the study is released in November, it is expected that the City Council will make a decision whether to proceed to buy either of the two LBA parcels.

Council members indicate that heartfelt and thoughtful emails and letters are the most persuasive. If you want to help save the LBA woods and create LBA Woods Park, please write the City Council at citycouncil@ci.olympia.wa.us. Letters to the Olympian are also helpful.

For more information or to sign the LBA Woods Park petition or to donate, please go to LBAWoodsPark.org.

Brian Faller is a board member of the LBA Woods Park Coalition, which may be reached at LBAwoodspark@yahoo.com .

Next:
About the September 2014 Issue To Works in Progress staff:…