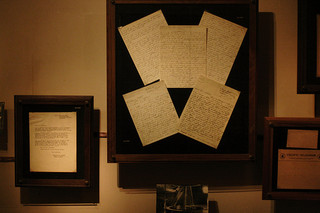 Response to article supporting  genetically modified crops
The article in the April WIP entitled “Biology Fortified, Inc: At the vanguard of the Green Movement and Beyond” by Marco Rosaire Rossi states the benefits of GMOs but not so clearly the risks. Benefits include, for example, less use of insecticides and a greater use of herbicides to grow cotton, resulting in an increase yield per unit of labor. It’s worth noting that these benefits are almost always greater profit, not greater production. But it›s in consideration of the full range of risks to humans and the environment where the author falls short.
Given the newness of genetic manipulation, direct effects on human health can›t possibly be completely understood. And the ecological processes run contrary to nature. Genetically modified salmon, for example, can breed with wild salmon with unknown effects. The risks are incalculable. [“Hybridization between genetically modified Atlantic salmon and wild brown trout reveals novel ecological interactions” published by the Royal Society of Biological Sciences. http://rspb.royalsocietypublishing.org/content/280/1763/20131047]
What happens when we engineer evolution? What do we pick up and what do we leav behind? How does the organism interact with other organisms? How long does it live? We can’t possibly engineer the millions of variables in natural evolution. When we manufacture an organism, we lose and gain genetic qualities that we don’t know about or understand.
Oxford University’s Future of Humanity Institute has released several articles pertaining to potential causes for human extinction. Considering the number of species that have become extinct, there is a strong probability that humans will do so long before the earth gives up her ability to support human life. We have faced many risks in the past such as the Spanish Flu for which there are natural, biological, built in protections but we are now facing risks of our own creation that are new and which we have no empirical way to gauge. These risks include the manipulation of genomes.[“Existential Risk Prevention as Global Priority” published in Oxford’s journal, Global Policy. http://www.existential-risk.org/concept.pdf]
Harry Branch

Plea for regular donations
Twenty-four years ago, Works In Progress (WIP) began as a wonderful experiment to provide communication between Olympia’s activists and the progressive community.  At the time, the Internet was still in its adolescence, IBM had just come out with a 40 mb home computer, and the conservative media giant Gannett owned The Olympian (often called the Zip, the Zero, or the Five-minute Read).
Since then, countless numbers of people have written articles, taken photos, attended meetings, edited, laid out, proof read, and distributed almost 300 issues, amounting to an estimated 4,500 to 5,000 pages—all by volunteers, always free, and completely supported by community businesses, community organizations, and Works In Progress readers.
And now the second generation, those who were very young or not yet born when Works In Progress was established, are beginning to join and to make it their own.  There is talk of online videos and digital newsstands and improved use of social media all designed to provide more information, better information.  And they bring different attitudes and expections of WIP’s purpose.  After all, it has become a different world—a harder world—and the need for Works In Progress has never been greater.
Yet this publication is now in financial difficulty because of an unanticipated rise in production costs.
There is good news however,  thanks to thirteen individual donations and our regular advertisers, WIP is able to print this issue.  While these one-time donations and long-time advertisers—both large and small—are invaluable to the survival of this publication, it will ultimately need a variety of sources of income such as additional advertising revenue, more subscribers, fundraising events, grant monies, and more.
This letter is a call for another type of contribution.  It is a plea for others to join me in regularly donating a small amount each month.  I have set up my bank’s online bill payer to send monthly donations to Works In Progress in the amout of 10 dollars.  If just four more community members were to do the same, collectively we could pay for one twelve-page issue each year.  We could even claim every December or maybe every February issue as our own.  Please join me.
Here is the information that will be required:
Works In Progress
PO Box 295
Olympia WA 98516
360-459-3625
Account#–the last four digits of your phone number
Respectfully,
Sylvia Smith, WIP member

Attention needed in legal case
This letter is directed to the editors of Works in Progress, to the citizens of Olympia, and to our esteemed Governor, Jay Inslee.
It has come to my attention that one  of our citizens, a middle-aged man named Scott Yoos, has been trapped for more than two years in the Thurston County legal system.
Who is he and of what crime he is being accused?  This is how the story goes: Scott was rendered mute in 1984 when an unfortunate hitchhiking misadventure—a violent assault and robbery—left him with T.B.I. (tramatic brain injury). He communicates with  sign language, and when he can, writes notes. He lives a simple, financially modest life in Olympia, using his bicycle for most transportation.
On the evening of June 1, 2011—after a volunteer shift at the Capitol Theater—Scott was stopped by an officer of the Olympia Police Department who caught him throwing a pocketful of paper towels into a city-owned dumpster. His attempts to communicate with the officer through both his sign language and writing were deemed to constitute “possible assaultive” behavior, so three other supporting officers were called to the scene, where they swiftly wrestled him to the ground in what he felt to  be a rough and unnecessary manner.
He was originally cited for criminal trespass and obstructing justice, but one of the officers called to the scene filed a report 26 days after the incident alleging that Yoos had kicked him. Since this would constitute a felony, the case was dropped by Olympia Municipal Court and bumped up to Thurston County Superior Court.
After two-plus years, with the financial and moral help of a large support group, Scott has maintained his own legal defense. He has been through more than twenty hearings, and still his case hangs and continues to be postponed, while his attorney, Larry Hildes of Bellingham, Washington filed two Dismissal Motions. Meanwhile, our tax dollars continue to pay those on the prosecuting side of the case for each of these superfluous hearings.
I write this letter in an attempt to bring this situation to the attention of the good citizens of Olympia, and to our Governor, in the hope that movement can happen on this case and justice can be served. I know that in our heart-of-hearts, we all look for kindness and just action. After in excess of two years of having his life on hold, I believe that Scott deserves this also.
Thank you,
Desdra Dawning

Next:
Matt Fu I have travelled our country over two dozen…