In an overheating world, farmworkers should not pay the price

Working the fields under a brutal sun

On Tuesday June 29, temperatures in Eastern Washington farm communities including Ephrata, Wenatchee and Yakima rose above their highest recorded levels, reaching 116 degrees in Ephrata and 113 in the other towns. Farmworkers in those communities and across the state endured the brutal heat with little protection or respite.

They are determined to change that. Farmworkers and their allies gathered in August at the Dept. of Labor and Industry (L&I) to demand attention to the dangers of extreme heat and exposure faced by outdoor workers.

Familias Unidas por la Justicia was the key organizer of the gathering, with folks from Strengthening Sanctuary Alliance and Columbia Legal Services in support.

Farmworkers pay a price in life and health

One speaker talked about agriculture as “extractive” — extracting workers from their home communities to work here and workers quickly extracting food from hot and drying fields. Event organizer Edgar Franks put the crisis for farmworkers in context… “we’re at the brink” with climate change, with some paying a far greater and immediate price with their health and their lives.

Workers should not have to wait until it’s 100 degrees to be protected. Enforcement is critically important but too often overlooked.

Echoing the push for a “just transition,” Franks made it clear that we need to put farmworkers and other high-risk workers at the center of efforts to turn things around. Familias Unidas president Ramon Torres reminded us that farmworkers tend to start in the fields as children, and often work well into old age. They must compensate for the lack of decent pay by working for long, hard hours. Many endure with no or limited benefits, and face the risk of deportation if they’re not documented.

Overdue rules for protection from heat and smoke

The Heat Rule establishes that at 100 degrees, employers must ensure a paid rest period of 10 minutes every two hours and provide shade for employees to cool down. At temperatures of 89 degrees or more, cool drinking water must be available, as well as information and training on ways to prevent overheating.

Both rules represent steps in the right direction; if only they had been shaped and activated years ago. The two emergency rules reflect the screamingly obvious: we can’t expect outdoor workers – those in agriculture, construction, firefighting, etc. – to serve as climate shock troops absorbing the worst on behalf of the rest of us.

Concerns about enforcement and adequacy

Torres and Franks made it clear that they have concerns about the heat rule: workers should not have to wait until it’s 100 degrees to be protected. Enforcement is critically important but too often overlooked. There must be no retaliation against workers who point out heat risks. Farmworkers deserve hazard pay, especially in these conditions.

As slow as Washington state has been in responding to the obvious, WA, OR and CA are considered national leaders in addressing climate change and the impacts on outdoor labor through the emergency rules issued this summer.

On the national front, there’s a push for a heat rule to be activated and enforced by the Occupational Safety and Health Administration. OSHA was launched in 1970 — a half-century and there is still no heat-rule in place. Public Citizen has been leading the charge over several years. They have issued an updated petition corralling the energies of unions, health and justice organizations. The 9-page petition addresses the urgency of the issue and includes an overview of the science and of political roadblocks.

We need to stay informed, get connected and pressure the powers-that-be in government and the private sector to stop the exploitation of people on the front lines, whose work puts food on our tables.

Advocates are pushing for passage of the Asuncion Valdivia Illness & Fatality Prevention Act —named in honor of a man who died after picking grapes for ten hours straight: “Mr. Valdivia’s death was completely avoidable, yet his story is not unique” states Juley Fulcher, Worker Safety and Health Advocate for Public Citizen. (To voice support for this legislation, contact WA Senators Murray and Cantwell as well as Washington’s Representatives.

We need to stand by organizations like Familias Unidas that are shaping a movement in resistance both to the climate apocalypse and injustice toward workers. [A list of other organizations and resources can be found on line at www.olywip.org as part of this article.]

Lin Nelson is a member of Olympia-based Strengthening Sanctuary Alliance. 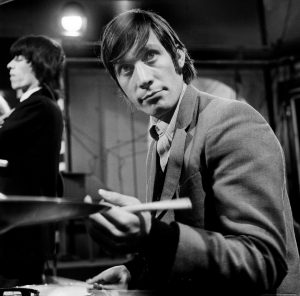