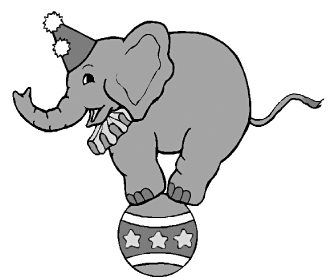 Identity politics and the Republican candidates

As do all good conservative and reactionary parties, the Republican Party always arrives a few years too late for the departure of the train of transformative ideas. Perhaps because of this axiomatic intellectual postponement so characteristic of the party, or to be more precise, because of the class interests the party represents, the Republicans’ current version of electoral identity politics reflects the duplicity of their political organization, but also constitutes an invitation to reflect on the complex issues of race and class in America today.

In general, each major political party in the U.S. has the membership it deserves, and every four years we witness the introduction of their best new debutants to the electoral market of the presidency (granted, a few of these candidates such as Donald Trump have been dress rehearsing for more than one cycle). The official public appearances of the newest ‘face of the party’ came via the last televised debates, which appear to be organized as the contemporary digital emulation of a prehistoric ominous circus. There are of course different ways to look at and interpret this event. The most common is to scrutinize the contradictions present in the political and rhetorical performances of the candidates. Nothing wrong with that, just the opposite: if contradictions and inconsistences have a harvesting season, it surely occurs within the fertile grounds of the Republican Party debates, and is certainly worth noticing and reporting on. But as important as scrutinizing contradictory claims is noticing the new ‘optics” offered by the Republican Party to American viewers.

At first glance it appears that we are looking at a party that has successfully solved most of the issues of identity politics and representation, turning itself into a true multicultural entity. This is what we saw on television: besides the traditional ‘white male elements’, we find a black contender in the figure of respected neurosurgeon Ben Carson, a female gender representative in Carly Fiorina, and two second generation Latino candidates in Marco Rubio, and Ted Cruz. The semiotic symbolism of this new ensemble seems to suggest that the Republican Party represents most Americans. The look of the new ensemble has been carefully crafted to help whites (a group who never has experienced a representational deficit), as well as women, blacks, and Hispanics feel comfortable voting Republican, because they are “represented” in the candidate team. The circus of the debate represents politics at its worst, implying that the national electoral process must be based or motivated on the visuals of group identity rather than an analysis of the issues.

How does the American memory work?

Borges, the great Argentinian fabulist, once wrote the story of “Funes the Memorious”, a young character who is crippled as a result of a horseback riding misfortune, but simultaneously develops an infinite capacity for remembering everything in excruciating detail while remaining incapable of grasping abstract ideas. The advocates of identity politics (on both the right and the left) seem to conveniently forget two fairly recent events that help elucidate a significant challenge to current renditions of identity politics: the 2008 presidential election of a black man, as well as his re-election in 2012, have had very little impact on improving the quality of life of African American people. On the contrary, their collective condition (as well as that of the 99 percent of people in the country) has deteriorated and the inequality gap between the rich and the poor continues to grow. The emergence of the “Black Lives Matter!” movement during a black presidency constitutes a caustic reminder about the limitation of identity politics within a capitalist state.

After years of long and painful struggle, the just and undeniable rights of LGBTQ people finally seem to have gained recognition, as demonstrated by the ruling on June 26, 2015 by the US Court that guarantees the right of same sex couples to marry in all 50 states of the union. As important, and immediately necessary as this ruling is, it nevertheless occupies a space in society that neither challenges nor alters the economic and social conditions of inequality in America. Yes, now a black person can be elected president, and yes, gay people can get married, but the dispossessed 99 percent continue to be dispossessed. If we overemphasize identity politics and forget class politics, we will overlook the real political problems and material conditions of the country in which we all live. We need social changes able to affect both the deep economic structures of society as well as its cultural practices and institutions; otherwise, we will end up in a situation similar to that of the Borges’ character, able to remember everything (formally recognize every identity group) but able to understand nothing (how society really works).

The latest float in the parade

If history is an indicator, and empirical evidence has any value, it does not seem an exaggeration to state that the Republican Party (followed closely by the Democrats) have been directly responsible for designing, constructing and operating the social injustice model present in the American system. Issues related to class disparity and misrepresentations of identity politics have permeated both sides of the tragic-boring dichotomy of American politics. Most of the reforms seeking to challenge this situation have emerged from grassroots organizations frequently located outside either political party. To be clear, the key issue is not that historically, women, blacks, Latinos, Native Americans, or LGBTQ people lacked recognition. The critical thing is that in the process of gaining recognition, each group has been identified, known, accepted, cynically cherished, and acknowledged as an integral part of the American capitalist system, which in turn is, and has always been, mostly interested in their economic or cultural exploitation. What have never been completely recognized, for any group that has struggled for recognition in the U.S., are their humanity, their rights, and the economic injustice of their situation, nor have those responsible for such conditions been identified.

If we look at society from a combination of class, political, and cultural perspectives, we should not be surprised to find that among the new representatives floating in the latest parade of Republican identity politics, the black candidate (Carson) opposes the rights of Muslins to be elected, a move that amounts to advocacy for a theocratic state (Judeo-Christian), or that the two Latinos oppose amnesty and citizenship rights for the sons and daughters of immigrant workers, or that the woman on the team (Fiorina), sabotages the right of other women to have control over their own bodies. Most importantly, none of them ever questioned the structural roots of inequality in America localized in a faulty economic model. If there is a group identity that all the eleven republican debutants share, it is not determined by race or ethnicity, but by being the latest sycophants of big capital. If we do not act to change this absurd reality, in four years we will see the parade again filled with floats carrying new but similar debutants into the electoral market.