How will Olympians view a memorial to nuclear sub USS Olympia?

On March 15, Commissioners at the Port of Olympia heard from Olympia officials about what the City hopes will be a shared initiative to memorialize the “maritime history” of Olympia. Councilmember Jim Cooper and Deputy City Manager Keith Stahley asked if the Port would help with handling and storing the anchor and 38,000-lb rudder of the nuclear attack submarine USS Olympia.

Olympia Mayor Cheryl Selby had requested the artifacts on behalf of the City, with the idea of placing the parts as monuments on the shoreline. The submarine’s tall conning tower may be included after it has time, in the words of Cooper, to “sit in dock and cool off.”

Reflecting a familiar “decide, announce, defend” approach to planning, Stahley asserted that bringing the objects to Olympia to await disposition would lead to creation of a community advisory committee over the next few years.

Commissioner McGregor linked the City’s request to ongoing debates over the potential role of the Port in handling military cargo. He suggested a quid pro quo: if the Port took the nuclear items, could the City support military cargo at the Marine Terminal? Stahley responded by stating, “This is a good opportunity for the City and the Port to engage in conversations about what the Port means in our community,” including “types and amounts of shipment.”

It’s more than a timing question

Commissioner Zita pointed out that the conning tower strongly resembles an image that was the lowest-rated aesthetic option in the public waterfront survey conducted by the Port and Thomas Architecture Studio.

She also raised the issue of cultural sensitivity and suggested talking to the Squaxin Island Tribe: “We are giving lip service to diversity, equity and inclusion, but do we take it seriously when we’re thinking about bringing pieces of a military vessel and displaying it on land that was historically native homeland?”

Is the USS Olympia part of our “maritime history?”

America’s Great White Fleet sailed to the Philippines to usurp Spain’s place in the Pacific in 1898. The USS Olympia’s main claim to historic significance was spearheading the vicious Philippine-American war. Admiral Dewey stood on the bridge of the ship to command the fleet against Spain in Manila Bay.

President McKinley announced America’s God-given mission to the Philippines: “There was nothing left for us to do but to take them all, and to educate the Filipinos, and uplift and civilize and Christianize them.” Elected president Emilio Aguinaldo, who continued to lead the struggle for freedom, called it “government by consent in America, government by force in the Philippine Islands.”

Washingtonians collected funds to purchase a silver service for the officers of that ship, a tradition recognizing the naming of a ship after a city. The silver set, which celebrates the Battle of Manila, is now displayed in the dining room of the Governor’s Mansion. There is no reflection of the war it started—a war that carried American racism across the Pacific, cost hundreds of thousands of lives and fatefully shaped Filipino history.

What’s in a name

In 1977, the US Navy commissioned a “Los Angeles class” nuclear attack submarine and gave it the historic name, USS Olympia. This nuclear warhead-capable class of submarine carries the Tomahawk cruise missile. The USS Olympia was deployed to the Iraq war. Much of the submarine’s work during the Cold War was “silent service” unknown to the public. This made it an apt prop for the film, The Hunt for Red October.

Local promoters saw an opportunity to revive the city’s namesake connection with the ship and liven up local tourism. The Chamber of Commerce had brought the silver service to Olympia when the original Great White Fleet cruiser was decommissioned. In 1984 it established the “USS Olympia Committee” and laid out the welcome mat for the submarine. Secretary of State Ralph Munro boasted that “there were times when America doubted itself, but those times are past.”

Immediately, there was a disconnect between those who saw the USS Olympia and its crew as a business opportunity and a mainstay of summer patriotic celebrations; and those who saw it as a vexing community intersection with the global arms race. The disconnect grew with each visit of the submarine.

In 1986, with its second appearance in town, there was some outrage over the way the Chamber handled visits to the submarine. “My family and I stood in the cold… four hours to get close enough to actually think we might get to go aboard,” complained one Olympian, only to see a line of privileged ‘ticket holders’” squeeze past the patient public.

Protestors also showed up, focused on the dangers of nuclear warfare and the nuclear-fueled submarines. Opponents, including Port Commissioner Sam Bradley, demanded a community forum. They suggested the possibility of requesting that the City’s name be removed from the vessel.

Symbols to be proud of, or tourists spending money

With the submarine’s third visit in 1994, protestors including local peace activist Glen Anderson continued to organize. Librarian Becky Liebman declared, “We need other symbols to be proud of…We need a symbol that shows us that we can turn around the lack of hope that many people have about the future.”

Bob Ziegler used the opportunity to draw a line between downtown vacancy problems and military spending. He suggested that the local economy suffered more from federal budget priorities like a $700 million nuclear sub, than from the local optics of the Bread & Roses soup kitchen.

Another Olympian, Melinda Howard, pointed out that while she respected the men who served on the submarine, the whole concept of military honor and sacrifice was lost when the push of a button took away the soldier’s ability to make their own choice. She regretted the attitude of the head of the Chamber of Commerce’s USS Olympia Committee, who “made light of” the crew and their solemn mission, describing them as “nice and clean. They’ll come in and spend their money and leave.”

The USS Olympia became part of a debate starting in 2000 over whether Olympia should become a nuclear-free zone. The Olympia Movement for Justice and Peace pressed the Port and other officials to bring an end to visits by the warship, especially as it became engaged in Iraq. “Olympia should not be celebrating a war machine,” argued Lawrence Mosqueda.

In 2005, the City Council agreed with this sentiment and declared the city a nuclear free zone. Three years later, new Councilmembers repealed the zone designation. Visits by the USS Olympia’s crew had become enmeshed in the local culture of Lakefair, the Chamber of Commerce and the Olympia Yacht Club.

Is a nuclear submarine part of Olympia’s “maritime history?”

Commissioner Zita has recommended bringing Veterans for Peace and the Fellowship of Reconciliation on board to discuss the USS Olympia artifacts. The history of the submarine in the community shows that its legacy is not a simple one.

Should the remains of the USS Olympia stand somewhere on the shoreline of Olympia? A mothballed navy fleet floated in Budd Inlet for almost 30 years as a remnant of World War II, but nobody mourns its absence.

Any display of military artifacts must acknowledge historical realities. What is the nature of the “long partnership” with the submarine that Councilman Cooper seeks to memorialize? Is it more than a name and a public relations opportunity? Does it have anything to do with Olympia’s ongoing argument about American ways of war?

If the rudder and anchor were displayed at a federal site it would be expected to incorporate and explain the object’s multiple meanings. For instance, our State is prepared at last to set aside Marcus Whitman and celebrate the legacy of Billy Frank, Jr.

It is hard to imagine a cast-off and odd-looking anchor or mysterious rudder piece exciting patriotic feeling, or inspiring the tourist magic of a real nuclear submarine and an actual Navy crew. Once the 40,000 pounds of metal arrive, possibly this month, Olympians will be forced to find meaning in it. They will argue about patriotism and imperialism once again. The memory pieces will have a greater and more lasting presence than the ships themselves ever did.

Meanwhile, a true resting place for the USS Olympia is in eastern Washington at the Hanford nuclear site’s Trench 94. It would join over 100 defueled submarine reactor cores watched over by Russian satellites –as we watch theirs, and the Cold War continues. Historians of the future will not heed silver sets and stray rudders, but they shall surely study Hanford to ponder the 20th century ancients who conceived this solemn and toxic monument to the breathtaking human capacity for self-destruction.

Helen Wheatley is a former college teacher with a Ph.D. in world environmental history from Johns Hopkins University. She is a long-time Port watcher and was a candidate for Port Commissioner in 2019. 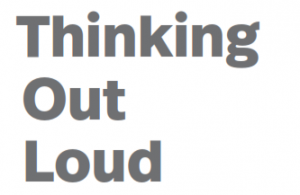