How to politic when the politicians won’t

There is so much more to politics than deciding between what the Democratic Party and Republican Party chooses to put on the ballot. Around the country this year, people organized in behalf of direct ways to address the inequality that is driving us toward disaster. Here some of the efforts – check them out to see how well they fared:

One of the biggest fights over fair taxation is raging in San Francisco, where voters had the chance to approve a raise in the real estate transfer tax on sales of properties values above $10 million. Big developers and corporate lobby groups marshalled over $2 million to fight the proposal.

Another San Francisco measure would increase taxes on corporations that pay their CEO more than 100 times their median employee in that city, a proposal loosely based on an existing tax in Portland. Sarah Anderson of the Institute for Policy studies wrote about the details.

Arizona’s Proposition 208 would increase taxes on incomes above $250,000 to pay for higher teacher salaries and better schools.

In Oregon’s Multnomah County residents voted on a proposal to tax higher earners to pay for preschool for all..

In Illinois, residents voted on a constitutional amendment to replace their regressive “flat” income tax with graduated progressive rates.

Colorado voters got to decide whether to implement a statewide paid medical and family leave program, funded by a payroll tax.

California’s Proposition 15 would tax commercial and industrial properties worth more than $3 million at their market value instead of their purchase price to raise revenue for local governments and schools.

On the labor front, California voters confronted Proposition 22, a corporate-backed effort to overturn a state law that required Uber, Lyft, DoorDash, and other platform-based companies to treat workers as employees with basic labor rights instead of shifting risk to them as “independent contractors.”

Since 1998 there have been 22 ballot proposals to increase state minimum wages. They’ve passed every time. This year, only Florida is considering a state minimum wage hike. If it has passed, it would be the first state to raise the minimum to $15 through a ballot measure. Organizers in Portland, ME offered a similar $15 proposal.

At a time when the country is facing a massive wave of likely evictions and foreclosures, many voters had a chance to vote on increases in affordable housing and tenants’ rights. California’s Proposition 21, for example, would let local governments enact rent control on almost all rental housing over 15 years old. Portland, ME also had rent caps and increased tenant protections on their ballot.

Poverty is not a crime

Finally, among the long list of important criminal justice reforms on ballots across the country, some address the criminalization of poverty. For example, California voters decided whether to get rid of cash bail, a system that means many people await trial in jail for weeks or even months. In Los Angeles County, residents voted on allocating 10 percent of county revenues towards community investment programs that provide alternatives to incarceration.

Alaska had a ballot measure to adopt ranked-choice voting, along with campaign finance reforms to make the true sources of political donations more transparent. Massachusetts voters also had the chance to choose ranked choice voting.

Oregon’s Measure 107 would allow for limits on campaign contributions and spending and also force more transparency in the source and distribution of money, and on political advertisements.

Brian Wakamo compiled this information. He is a research analyst on the Global Economy Project at the Institute for Policy Studies. 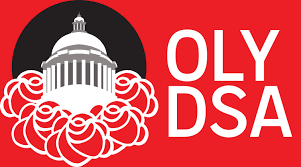