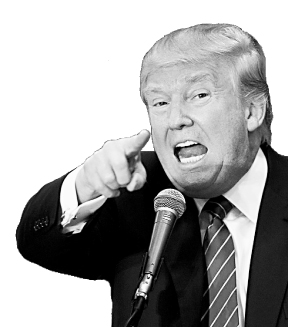 Last month, I spent a weekend in New York City visiting family, and as I rode the subway in Manhattan from Columbus Circle to 34st, and from Grand Central to 40st in Queens, and from Herald Square to Prospect Park in Brooklyn, I thought about the attacks that happened in Paris. I was still thinking about them again when I sat with my husband and step-daughter and granddaughter in a French café near Bryant Park—about how meaningless our lives would be to killers like those in San Bernadino or Paris, and how much our lives mean to us. I found myself trying to wrap my mind around ISIS not with the intention of becoming an expert, but because the kinds of killings that happened Paris and San Bernadino and Beirut are likely to occur again—and I need a way to think about them.

In “The Farce Awakens,” a November op-ed piece in the New York Times, Paul Krugman compared the Republicans’ response to the attacks in Paris to their response to the Ebola virus last year, arguing that “these days, panic attacks after something bad happens are the rule rather than the exception, at least on one side of the political divide.” I think he’s only partly right. Whipping up a frenzy about threats that don’t and won’t materialize has become a current rhetorical practice in our national political discourse: at the same time, it’s not reasonable to assume that similar attacks won’t happen in any of the places where people I know and love may be. What’s issue is what we do in response to those threats—and that depends on trying to understand them.

It’s hard to imagine how anyone could avoid the widely reported (and widely watched) comments from the Republicans seeking to be president—and fail to notice the dangerous ideas they are promoting. With one exception (Rand Paul), all the Republican candidates argue that the best response to ISIS is through an increase in violence—increasing the intensity of the ongoing air war and ramping up the U.S. presence in Syria by thousands of troops. Gabrielle Levy, writing for US News in December, further characterized their positions like this: “Front-runner Donald Trump leads the pack with his plan to block all non-American Muslims from entering the country and to shut down Internet access in parts of the world where the Islamic State group, also known as ISIS, is active. Texas Sen. Ted Cruz, climbing in the polls, advocates a plan to ‘carpet bomb ISIS into oblivion’.”

Intensifying the war in the Middle East is a bad move for many reasons, but it’s being sold as a “straightforward” strategy to keep us safe. Donald Trump’s rhetoric is the most dangerous, because he’s an expert at appealing to his audience with his seeming off-the-cuff remarks, and the most extreme in his views. Patrick Healy and Maggie Haberman just published an article in The New York Times based on an analysis of 95,000 words spoken by Trump on the campaign trail. One rhetorical move he makes is the frequent use of “us” and “them”—where “them” connotes a wildly oversimplified and falsely characterized group of others who become villians in Trump’s discourse. Another Trump tactic is to personalize arguments, dismissing and insulting the speaker rather than addressing the content of the issue. Most dangerous, perhaps, is Trump’s tendency to dismiss reasonable evidence:

Mr. Trump uses rhetoric to erode people’s trust in facts, numbers, nuance, government and the news media, according to specialists in political rhetoric. “Nobody knows,” he likes to declare, where illegal immigrants are coming from or the rate of increase of health care premiums under the Affordable Care Act, even though government agencies collect and publish this information. He insists that Mr. Obama wants to accept 250,000 Syrian migrants, even though no such plan exists, and repeats discredited rumors that thousands of Muslims were cheering in New Jersey during the Sept. 11, 2001, attacks. He promises to “bomb the hell” out of enemies—invoking Hiroshima and Nagasaki—and he says he would attack his political opponents “10 times as hard” as they criticize him.

Trump’s anti-immigrant and anti-Muslim rhetoric is dangerous. On December 22, the Guardian reported that a British Muslim family of eleven was preventing from boarding their plane from London to LA by U.S. officials who refused to explain why. The family, two brothers and nine of their children, were on their way to visit cousins in southern California and make a trip to Disneyland. They had shopped in the duty-free shop, and were ready to board when they were turned away.

According to the Guardian, one of the brothers, Mohammad Tariq Mahmood, said that no one explained why their entry was barred, the airlines refused to refund the $13,340 they had spent on the eleven round-trip tickets, and they were forced to return everything they had purchased in the duty-free shops before they were escorted out of the airport: “I have never been more embarrassed in my life. I work here, I have a business here. But we were alienated,” Mahmood said.

Writing about the incident for the Guardian, British Labour MP Stella Creasy urged the British government to take action, given that a week after the incident occurred, the U.S. has yet to explain why they targeted this British family. Taking a strong position against what she calls the “trumping” of British citizens, Creasy wrote this:

Just a week ago, parliamentarians were united in agreement that Trump’s views were abhorrent. Now we should do more than shrug our shoulders at secretive American security policies that leave our constituents in such limbo. If the embassy won’t answer to the family’s MP, it should answer to their prime minister and he to us about what he is doing to ensure that no British citizen is being discriminated against for their faith on our shores.

Trump’s anti-Muslim rhetoric, and the U.S. silence on this issue, provides fuel for the very cause ISIS champions. Mr. Mahmood reasonably pointed out that the whole experience of being lead out of the airport, with no reasons given at that time or in the weeks that followed,  instead of leaving for the planned-in-advance, ticketed and packed for vacation with family, was “alienating.” No kidding. And it’s not that feeling alienated inevitably leads someone to engage in violence, like shooting people at a concert. But acting in ways that might reasonably be predicted to lead to alienated feelings among Muslim is wrong, on every level. And that’s what the application of Trump’s rhetoric seems to be doing.

Writing for the blog Lawfare, Jessica Stern reports that in the latest issue of Dabiq, ISIS’s on-line magazine, the organization sets forth two “options”. The first is to spread a “totalitarian caliphate” throughout the region, and then the world. The second is “to polarize Muslims against one another, to incite internal divisions within the West, and to turn the West against Islam, with the ultimate goal of “goad[ing] the West into launching an all-out ground attack, thereby setting the scene for the final battle between Muslims and the crusaders prophesized to be held at Dabiq in Syria”

On this second point, the goal of turning the West against Islam, inciting internal divisions within the West, and polarizing Muslims against each other, Adam Shatz, writing for the London Review of Books, argues that we can no longer make the assumption Bush once did—that we could fight terrorism “there” so we won’t have to fight it “here.” As Shatz writes, the distinction between here and there doesn’t hold up anymore; the borders are porous:

(ISIS) is as keen to conquer virtual as actual territory. It draws on a growing pool of recruits who discovered not only IS but Islam itself online, in chatrooms and through messaging services where distance vanishes at the tap of a keyboard. Indeed, the genius of IS has been to overcome the distance between two very different crises of citizenship, and weave them into a single narrative of Sunni Muslim disempowerment: the exclusion of young Muslims in Europe, and the exclusion of Sunnis in Syria and Iraq.”

While Trump is peddling his anti-Muslim rhetoric, and finding success, what we actually need to focus on are the core issues that always need tending: assuring basic human rights for everyone, including a living wage, a place to live, a chance to be happy.

In contrast, where we are far from that place. In her analysis about why ISIS has had success turning European Muslims against their homelands, Jessica Stern points out that the pool of disenfranchised Muslim youth in Europe is large. She writes:

In the most recent European Union Minorities and Discrimination Survey, one in three Muslim respondents reported experiencing discrimination, with the effect greatest among Muslims aged sixteen to twenty-four (overall discrimination rates decline with age). Muslims in Europe are far more likely to be unemployed and to receive lower pay for the same work than “native” Europeans. Consequently, Muslim immigrants in Europe are disproportionately impoverished. While ten percent of native Belgians live below the poverty line, that number is 59 percent for Turks and 56 percent for Moroccans in Belgium. There are 4.7 million Muslims living in France, many of them in poverty.

Adam Shatz points out that 70 percent of the prisoners in French jails are Muslims. He argues that “a long-term project to end discrimination against Muslims, and ensure their participation in the workplace, civic life and politics, would help to reduce the temptations of radical Islamism”—but no such project is in the works in France, nor has such a strategy been suggested by any of the Republican presidential contenders, particularly Donald Trump. Investing more money in the U.S. military at the expense of funding social services, raising the minimum wage for everyone, and insuring everyone has access to health care and good educations will only get us deeper into this swirling mess. Couple that with hate speech directed at Muslims, and it only gets worse.

Resisting the Seduction of Simplistic Rhetoric

As Miriam Padilla pointed out in last month’s Works in Progress, any of us could lose a loved one. The key, she wrote, is this: “it is up to us as workers, students, immigrants, and feminists—of every color, religion, and nationality—to come together and unite to end all the violence against us everywhere, by ending the wars and oppression and exploitation that are its root causes.”

Miriam is right, I think, and where we need to start—where we seem to have the most agency—is working on ending exploitation and oppression through specific policy changes at the local, state, and federal level. It matters who we elect—it matters whether you vote. I used to think that ISIS—what it is, why it exists, and how to respond to it—was important to understand, but way outside my expertise. That position is dangerous. We are living in a time where bad thinking cloaked in simplistic rhetoric trumps the good thinking required from all of us if we are going to help steer the course of our future.

Next:
Statement Concerning the Climate of Political Intolerance:  A voice vote…