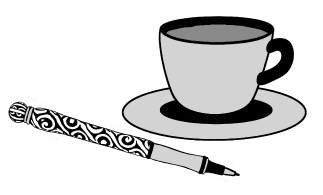 How to host a sonnet party

In the August issue of Works in Progress, the editorial collective was gracious. Instead of haranguing me about missing a deadline, they published my poem “Occupy Sonnet” that they had tucked away in their reserves, perhaps in anticipation of my precise indiscretion. With all of the violence in the world this summer, I’ve opted for a little poetry levity this month, sharing some of what I’ve learned about a timeless poetry classic: the sonnet.

Most associated with expressing the 16th century’s concept of courtly love, the sonnet continues to embody this century’s aspirations for humanity’s elusive quest for peace and love. Two of the most famous sonnet writers, William Shakespeare and Petrarch perfected what we’ve come to understand as the gold standard for sonnets. Shakespeare employed his fourteen lines in a set rhyme scheme of four quartets ending with a rhyming couplet (abab//cdcd//efef//gg), and a metrical requirement, iambic pentameter or ten syllables to a line.  Petrarch’s sonnets utilized an octave with the rhyme scheme abbaabba and a sestet with one of two rhyme schemes, cdecde or cdcdcd. Others over the centuries who demonstrated a compelling knack for the sonnet include Elizabeth Barrett Browning, John Donne, Edmund Spenser, and Edna St. Vincent Millay.

Late 20th century American poets Marilyn Hacker, Adrienne Rich, and David Wojohn crafted their sonnets to reflect the world they experienced, often choosing to exercise more than their share of freedom in relaxing the strict standards of the English and Italian sonnets of centuries past. In today’s freer world of verse, sometimes the only thing that distinguishes the sonnet is its fourteen lines.  Still other poets even ignore this rule to make an anti-sonnet statement. This was the case with my “Occupy Sonnet” which inhabited thirteen lines as a metaphorical way to draw attention to the broken state of current American affairs. Inadvertently, the editors of WIP also rebroke a few of my line breaks, hence burying part of the rhyme scheme and obfuscating the form further.  As I write this, I consider whether pushing the sonnet to its almost unrecognizable limits all together like Bill Knott’s “Sonnet” adds to a deeper understanding of the poem’s power.

So how can the sonnet support our understanding of the economy of words? The sonnet requires the writer to lock oneself in a box and partner with the form to assure escape. Every word must resonate because there is no real estate to waste. Working in such tight quarters often will create the happiest of accidents. The rhyme often forces the writer to travel to linguistic places never considered.

For years, I’ve experimented with the form in community, holding sonnet parties with large groups of writers.  This summer produced a serendipitous moment during one such party.  A guest lecturer in Evergreen’s Writer’s Paradise program, I was leading the class through an exercise to choosing the fourteen end-line words that we would each use to write a sonnet.  About halfway through the laboriously fun task of contemplating the nuances of these words, my cell phone rang.  Usually I wouldn’t even consider answering the phone, but it was my Formica table broker calling with a lead on a rare 1950s table with chairs.  My broker also happens to be an Evergreen faculty librarian and a frequent contributor to Works in Progress, so I answered, put Liza Rognas on speaker phone, and explained what we were doing in class.  Liza, never one to miss a beat, played along with us, even daring us to include the word “librarian” in the scheme.

Armed with our fourteen words, the class and I spent the next week grappling with our individual sonnets, and I even cajoled Liza to try her hand at writing one.  The fourteen words couldn’t have produced more diverse poems.  Liza chose to use her words in what she calls “upside down” order — exhale appears in the first line — while in my sonnet exhale is the final word of the poem and anchors the rhyming couplet. Liza’s sonnet “Beyond Reproach” appears with her permission with my “In Praise of Librarians.” I’ve italicized the shared words to demonstrate a little of what you can expect if you choose to throw your own sonnet party:

It’s not enough to exhale and then hold a breath,

at any hour of any day, like a librarian

closing a book on our collective power to change.

running with chartreuse and vitriolic passion.

Peace, a word above reproach, requires hearts to find it.

and ignorance bound, removing that which we salt away

to fight for Fear’s best-known cause.

All kind words drown that which hate inspires,

leaving love to tend our wounded.

In Praise of Librarians

I love delicious books because I like to drown

in words. I like the feel of them as savory as salt

water on my tongue. I like that I am bound

to quench my thirst more than I want. Why fault

the inside of these mysteries beyond reproach?

bouquets of wonder, similar to the poached

magic of eggs on a July morning or the many uses

of encyclopedias that hold all their power

in their tight fists. And I have longed for that librarian

that kind of devotion with each raptured exhale?

What might your sonnet party generate?  Why not gather a group of willing troubadours for a late summer evening and try your minds at coming up with the fourteen words, then writing your individual sonnets, reconvening later to share what you’ve created.  Who knows?  Maybe even a few of your sonnets could end up in Works In Progress and begin the next sonnet Renaissance.

Sandra Yannone is a poet, educator, and antique dealer in Olympia.  She is a Member of the Faculty and Director of the Writing Center at The Evergreen State College.

Next:
The reasoning behind PMR's opposition For two weeks in November…