Hope for a future of permanently affordable housing

In Thurston County we are experiencing what happens when market forces drive up the price of housing, leaving most people of ordinary means, as well as those one might think impoverished in the dust. We see people living on the street. We see grown–up children who can’t afford to buy homes at the ages their grandparents could. We see people losing apartments they once were able to afford.

We award developers property tax exemptions to build market–rate housing. And even when the exemption is tied to inclusion of a nominal percentage of affordable units, the requirement that they remain affordable is limited to a few years. 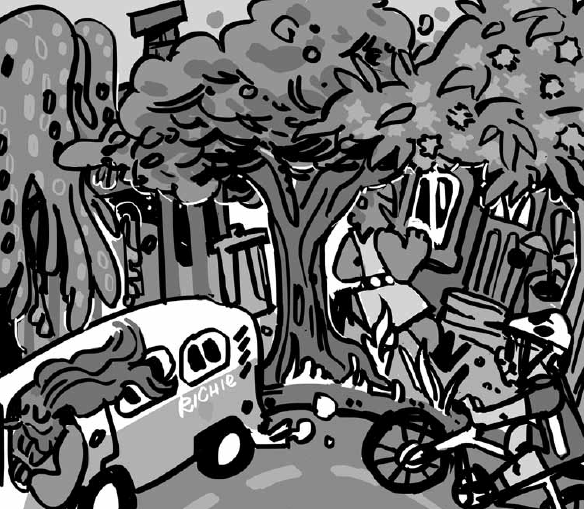 These “market forces” include speculative greed, but also the process by which we have conflated several distinct ideas of the function of a house: having a place to live, owning a home, building a nest egg, investing for stable comfort—and cashing in on regional growth as a personal bonanza.

There is a model that avoids the dilemma fostered by these contradictory ideas. A Community Land Trust (CLT) removes housing from the play of market forces to achieve its most crucial function: providing for stable home ownership within the reach of even those with modest incomes. A CLT is a community housing entity, not a dressed–up private investment group.

A stake in the ground

People in Thurston County have created just such a Community Land Trust. Thurston Housing Land Trust was incorporated in May 2018. Our mission is creating, developing and preserving affordable housing for low to moderate income people. We are governed by a Board made of equal numbers of trustees in three categories, all elected by members: lower income people who are current or potential owners of THLT homes and other members and public representatives reflecting community needs, perspectives and expertise.

We are building a model for families that are excluded from or burdened by the commercial real estate market and its ruinous consequences.

With THLT we put a stake in the ground that allows us to start doggedly walking toward a model of home ownership that builds future affordability into its structure. “Future affordability” here means in perpetuity: as long as a building stands and (through land ownership) beyond. Such fundamental change in how housing works is a challenging goal, but change must start somewhere real. Changes can accelerate remarkably when the structure exists and the times are right.

Our vision is to get started now, not in the indefinite future. This means acquiring some homes and assisting cost–challenged families to live in and buy those homes. We have put considerable thought into how to move forward in a way that can expand with success, visibility and credibility. To understand this pathway requires a little elaboration.

The multiple benefits of home ownership

Owning a home rather than perpetually renting continues to have huge benefits. Families build equity (which is a form of saving), stability, security and much else. Community land trusts separate owning a home from owning land. The house conveys through a 99–year or longer ground lease, while the land remains with the trust. Yet this is much more than a rental agreement. When a family has a real stake in their home, their work and effort is their own, and it often creates strong ties to local community.

Like other community land trusts, THLT will provide extensive support to help homeowners be successful. The significantly lower foreclosure rate for land trust homes during the Great Recession demonstrates the value of the trust structure, with this “back–stopping,” compared with otherwise disastrous standard mortgages. CLTs also have enforceable principles in place to prevent speculation. THLT will use a ground lease that locks in residential use, prohibits rentals (including AirBnB) without special approval, limits how much can be charged when the home is sold (see more below) and requires sale only to income–qualified buyers.

CLTs safeguard affordable housing with a shared equity arrangement. The trust owns the land under the home, while homeowners acquire an enforceable ownership interest under provisions for a ground lease. Ground leases are not a new or untested legal device; they are extensively used in commercial properties. They have survived legal challenge for decades in CLTs in the US, including several in the northwest.

Affordability is achieved and preserved in three ways:

We are building a model for families that are excluded from or burdened by the commercial real estate market and its ruinous consequences. We believe these restrictions are fair to homeowners, and necessary to prevent the loss of affordability. People who desire to profit greatly from a rising market continue to have that option elsewhere.

Many non–profit and government programs cut off eligibility for affordable housing at the level of low income. Existing subsidies for affordable home ownership often set limits so low (say, 50% of AMI) that those with slightly higher incomes become the subject of heartbreaking stories. In addition low–income subsidies are so scarce that we should not build a new model in this straitjacket.

The lack of affordable housing also extends far into what used to be the middle class. THLT’s structural approach thus includes moderate income households. We set our sights on the income range of 30% to 120% of Thurston County’s “Area Median Income”, a structural solution to address this reality.

THLT is starting primarily with preserving and increasing existing affordable housing. We hear from other CLTs that building new housing at today’s cost of construction requires economic balance, with deeper subsidies for some new homeowners than can be afforded for all.

In order to get started now, instead of waiting for a share of scarce government funding, we want the flexibility to attract property donations and partnerships. This can include existing homeowners of moderate income who are interested in aging in place, or providing for disabled adult family members, or otherwise negotiating a transition from their current needs to a donation or bequest benefiting people who can’t afford homes otherwise. It includes households that might want to convert to legal cooperative status. THLT is a Washington State not–for–profit corporation with IRS tax–exempt status (501c3).

An invitation to the community

With the aging of baby boomers in the US, who often gained wealth without even thinking about it, we are probably seeing the greatest generational wealth transfer in history. We want to invite some of this transfer to perpetually benefit affordable ownership of modest homes.

We invite community involvement with the Thurston Housing Land Trust as we move from organized start–up status to active stewards of housing. We are relying on a resource and mechanism used broadly in many partnerships that share a desire for perpetually affordable homes insulated from speculation; homes that can guarantee today’s one–time subsidies will actual contribute to deep affordability decades from now. How many approaches can truly offer this?

Dan Rubin is President of the Thurston Housing Land Trust and a long–time resident of Olympia. Susan Davenport is Vice President and has been trying to establish a CLT in our area for over 30 years. 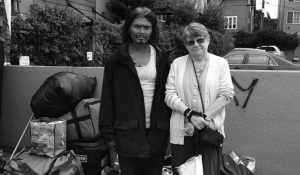