Stand up and be counted

On Saturday, June 15, 168 community members came together in downtown Olympia to call for the initiation of the impeachment inquiry process.  Olympia Indivisible, Puget Sound Communities4Impeachment, and local members of ByThePeople hosted this event.  It was part of a National Day of Action called for by Indivisible, MoveOn, ByThePeople and other partners.  The responses from our community were overwhelmingly supportive of this effort.

The Mueller Report confirmed what we’ve always known:  The President abuses his authority, has violated the law and tried repeatedly to obstruct justice.  Daily he becomes more emboldened to behave as a king.  He has declared himself above the law.  He has committed impeachable offenses. If Attorney General William Barr has proven anything, it’s that he’s a political hack, a Constitutional outlier hired specifically to protect the President and not our democracy.

It’s up to Congress to do what Barr will not.  As the ultimate power lies with us, We The People, we must keep telling Congress – #FindYourSpine and sign onto H.Res.257 to begin an inquiry into the details of this President’s actions and crimes, particularly those that merit his impeachment.

We made it clear we want Rep. Heck to join the supporters of this Resolution.  He was invited to attend but was unavailable.  His staff responded, “Right now he’s an active participant in the House Intelligence Committee’s ongoing counterintelligence investigation and hasn’t ruled out supporting the start of an impeach inquiry as part of the House’s broader investigative work.”  We were joined by a handful of Trump supporters who apparently had insufficient numbers to organize their own event in opposition to impeachment.

On Sunday, June 16, 2019, on a morning news program, Rep. Heck said: the House Intelligence Committee is continuing to investigate and their investigation has borne fruit recently.  Their successes include two court cases compelling document production, two witnesses (Don Jr and Hope Hicks) coming in for closed hearings, working to determine the status of twelve additional investigations, and determining what other investigations may ultimately be necessary on additional concerns. Rep. Heck’s fully engaged in the Intelligence Committee’s investigation and feels it is important to continue with it, as do we.

Let’s be clear: even if the President likely won’t be removed from office, opening an impeachment inquiry into Trump is the right thing to do.  Congress must fulfill its obligations.  This President is exactly why our Founding Fathers put impeachment into the Constitution.  And, We The People deserve to know the truth and the extent of lawlessness this administration wallows in.

Please call your US Representative and urge them to support H.Res.257 and call for commencing an impeachment inquiry into President Trump’s lawlessness and corruption.

Carolyn Barclift is a member of the Olympia Indivisible Steering Committee 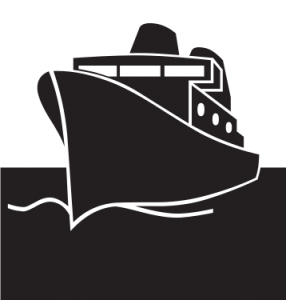