[Ed note: Here in the US, the Oregon-based nonprofit, Our Children’s Trust is suing to force states and the federal government to take action on climate change. In that lawsuit, 21 activists aged 9 to 20 argue that the federal government’s actions violate their constitutional rights to life, liberty, and property, and the government has violated its obligation to hold certain natural resources in trust for future generations. In Washington State, petitioners aged 12 to 16 years old asked a judge to require the state Department of Ecology to come up with science-based numeric emissions reductions. That case awaits a ruling by King County Superior Court Judge Hollis Hill.] 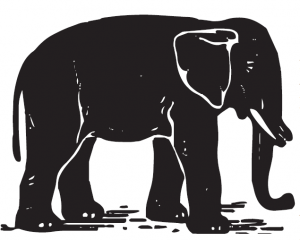 As scientists warn that the “window of opportunity for action” to prevent catastrophic and irreversible planetary harm from the climate crisis “is almost closed,” members of the Extinction Rebellion movement took to the streets of London on November 24 to demand an urgent response to the world’s ecological emergency and mourn the lives that human-caused climate change has already taken—and will take in the near future in the absence of radical change.

“Last Saturday we celebrated all the life we wanted to save. This Saturday we mourn all the life we’ve lost, are losing, and are still to lose,” Extinction Rebellion said in a statement. “We rebel because we love this world, it breaks our hearts to see it ravaged, to watch so many people and animals all over this world already dying, to know that this will soon happen to our children if nothing changes. There is no way forward without giving credence to our grief.”

Demonstrations across the globe

After kicking off last weekend, Extinction Rebellion demonstrations have spread to over a dozen countries, bringing thousands into the streets to disrupt the everyday workings of major cities and demand the attention of governments that have either resisted taking bold climate action or attempted to move in the opposite direction to appease the destructive fossil fuel industry.
“We will continue sitting down in city streets,” states Extinction Rebellion’s website. “Only through daily economic disruption will the government recognize the gravity of the crisis we all face and agree to meet with us to address our demand for radical action.”

The Extinction Rebellion’s direct action over the past week has attempted to highlight the dire need for immediate action to remedy the devastation the climate crisis has already caused and prevent the horrific harm that is coming in the very near future due to continued burning of fossil fuels.

“This is a climate emergency,” the movement, which aims to reduce carbon emissions to net zero by 2025, wrote on Twitter. “It is not just our right to rebel. It is our duty.”

Jake Johnson is a staff writer at Common Dreams. This work is licensed under a Creative Commons Attribution-Share Alike 3.0 License.