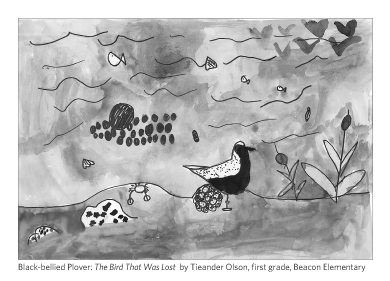 According to a University of Washington report, marine-resource-dependent jobs account for 30-35% of the Grays Harbor and Pacific counties workforce. A Port of Grays Harbor study states that approximately 2,300 jobs and $230,000,000 dollars annually comes just from fishing activity in Westport.

As everyone knows, Grays Harbor needs more jobs but our members have concluded that the benefits from the terminals simply do not measure up to the risks they bear. The new jobs expected are not that many yet the potential threat to existing jobs is huge.

Grays Harbor is the fourth largest estuary in the nation. It is a major nursery area for Dungeness crab and is considered an essential fish habitat for many other species. According to the Washington Department of Fish and Wildlife, “Grays Harbor is an area particularly sensitive to the adverse effects of oil spills. If there were to be a spill, the volume of product considered would likely lead to a catastrophic loss of habitat. And the potentially affected area could be much larger than just the Grays Harbor vicinity. The Exxon Valdez spilled 11 million gallons and damaged 1,300 miles of coastline. The Nestucca oil barge, spilling “only” 231,000 gallons off Grays Harbor, killed 56,000 seabirds and left a surface sheen from Oregon to the north tip of Vancouver Island. Laden tankers transiting Grays Harbor will haul up to 15,000,000 gallons each.

The [Washington State] Department of Ecology claims Washington has the best spill response plans in the country. While that may be the case, the plans are still painfully inadequate for a major spill in Grays Harbor. No matter how high the paperwork is stacked, oil spill response plans and spill response assets are simply not up to the task. Booming—our first defense when a spill occurs—loses effectiveness in strong currents and rough water. Ebb tide currents in Grays Harbor regularly exceed 3.5 knots. Fall and winter gales blow strong and often. Unless a spill occurs during daylight hours, at a slack tide and in calm seas, booming will offer little defense against a spill. Booming may work well in some places, but not in Grays Harbor. If Grays Harbor is targeted for the shipment of Tar Sands oil, much of that oil will likely sink in an accident, rendering booming useless and our estuary destroyed. A major oil spill in or near Grays Harbor will travel fast, it will travel far, it will not be contained, and it will not be recovered.

Hauling trainload after trainload of highly volatile crude oil through our communities; storing it near a population center, in a Tsunami Zone, on sites subject to liquefaction; shipping it through a sensitive estuary; and then transiting over the “second worst bar on the west coast” is a recipe for disaster.

Despite the Port’s approval and advocacy, this “jobs creation” plan is a bad one. Hardly a more perfect poison to kill existing jobs could be concocted.

Our associations agree the potential for damages far exceed the benefits the terminals would provide. The profits will go elsewhere, while the risks remain with us.

While it is true that tribal and non-tribal fishers often disagree on how to allocate our shared waters and shared marine resources, it is also true we are united in our resolve to preserve those resources—our survival and our futures depend on it.

Working together, we the citizens of Grays Harbor, and our neighbors across our State, must stand against sacrifice, re-claim our destiny, and—speaking with one voice—take our fate back from the hands of poorly informed decision-makers and from big oil.

Next:
On June 23, and continuing for eight weeks, 14 Seattle…