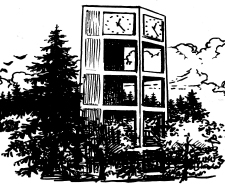 In support of Palestine and farmworkers

On May 31, 2016, students at the Evergreen State College in Olympia, Washington voted overwhelmingly to endorse resolutions expressing support for freedom and equality for Palestinians and labor justice for migrant workers at Sakuma Bros farm in northern Washington State. The three resolutions asked students to (1.) condemn the presence of Caterpillar Inc. equipment on campus, (2.) to de-shelve Sabra hummus and (3.) prohibit the use of Sakuma Bros berries from campus dining services.

Support for the resolutions was widespread: 67.4% of participating students voted for the Caterpillar resolution, while 73.9% voted for de-shelving Sabra and an impressive 84.7% for the Sakuma question. The resolutions also garnered support beyond the campus. The campaign was endorsed by Olympia-based organization Economics for Everyone, Rachel Corrie Foundation for Peace and Justice, U.S. Campaign to End the Israeli Occupation and political scientist, Norman Finkelstein.

Both Caterpillar and Sabra are complicit in Israeli apartheid and occupation. Caterpillar sells armored bulldozers to the Israel Defence Forces (IDF) to conduct illegal house demolitions in the Palestinian territories, displacing around 100,000 civilians since 1967. One of Sabra’s parent corporations, Strauss Group, provides material support to elite units of the IDF, the Golani and Givati Brigades, that are infamous for human rights abuses, including during Israel’s latest assaults on Gaza. Sakuma Bros farm is notorious for its exploitative labor practices against a largely immigrant workforce, paying poverty wages in deplorable conditions.

Zayd Zaytoon, an Evergreen student and Olympia activist from Palestine speaks about what the resolutions mean to them, “As a Palestinian student, this vote reaffirms my school’s commitment to not support the oppressors of my family and my lineage and to use its tools to collaborate with other schools across the U.S. through the BDS movement.”

Victories in the first two initiatives continue a long tradition of Palestine solidarity organizing amongst the Evergreen and Olympia communities. In 2003, Evergreen student, Rachel Corrie, was killed by an IDF-operated Caterpillar bulldozer while defending a Palestinian home from demolition. In 2010, students voted overwhelmingly to divest from companies profiting from Israeli occupation and prohibit the use of Caterpillar equipment on campus. Evergreen’s Students for Justice in Palestine chapter (formerly Mid-East Solidarity Project) has long been instrumental in educating students for years, hosting speakers, workshops, and displays commemorating Nakba Day, for example. Also in 2010, the Olympia Food Co-op made the historic decision as the first U.S. grocery store to boycott Israeli goods. Finally, downtown Olympia is home to the Olympia-Rafah Solidarity Mural, a multi-media and art project and collective effort of some 150 groups and individuals, that “builds relationships across movements, issues, cultures and great distances,” according to the project’s website.

The recent student resolutions were crafted in response to the 2005 global call to action by Palestinian civil society for Boycott, Divestment, and Sanctions (BDS) against companies and institutions complicit in Israeli apartheid and occupation. BDS campaigns have proliferated across campuses in the last few years. Sabra, in particular, was targeted at colleges such as Earlham, Wesleyan and DePaul. A similar call to action was issued from the Sakuma-based farmworker’s union, Familias Unidas por la Justicia (FUJ), to boycott Sakuma/Driscoll’s Berries. FUJ was formed as an independent union in 2013 with an initial membership of almost 500 mostly indigenous migrant workers from Oaxaca. The union is demanding an end to poverty wages, wage-theft and poor living and working conditions. Support for workers at Sakuma has spread rapidly, with solidarity committees burgeoning throughout the U.S. and beyond, advocating the Driscoll’s berry boycott.

While the impressive results of the resolutions are clearly indicative of general student sympathy with Palestinians and the farmworkers at Sakuma Bros farms, implementing the boycott measures may require further action. The Evergreen administration routinely disregards democratic student initiatives it deems not in its interest. For example, Evergreen refused to respect the 2010 BDS measures; the school’s endowment maintains investments in Israeli companies and Caterpillar equipment retains a presence on campus. Earlier this year, activists staged a sit-in at a Board of Trustees meeting to protest Caterpillar and students have consistently “defaced” Caterpillar machinery, by plastering them with educational flyers and removing black duct tape placed over the company’s logo—a pathetic attempt to disguise Caterpillar’s presence and quell student dissent. If this round of student democracy is also disrespected, students will have to adopt a direct action campaign accompanied by a consciousness-raising effort as the next school year begins. These strategies are necessary both to effect material victories and maintain an institutional memory of political activism in a space characterized by transience, as campuses tend to be.

For more information about the resolutions and boycott organizing at the Evergreen campus, please email: tescsjp@gmail.com

Next:
(for those departed and surviving in Orlando and everywhere)…