BOOK REVIEW: Caste: The Origins of Our Discontents

The phenomenon of Trumpism has perplexed many. How did a grifter billionaire attract over 70 million voters, a large percentage being whites of lower economic status? Did Trump possess a personal charisma that created this group, or did he possess an intuitive cunning that identified and exploited a latency in this sector of the white population? 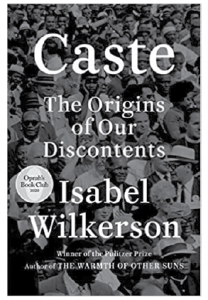 Reading Isabel Wilkerson’s Caste provides a foundational perspective to address the questions about Trumpism. As indicated by the subtitle, The Origins of Our Discontents, her work is an etiology, a search for origins and causes. We live in a time of deep social discontent.

To understand the origins of our discontents, Isabel Wilkerson’s Caste should be required reading.

A tale of two dates

The year 1619 AD was a seminal point of origin with the introduction of enslaved Africans at Jamestown. These enslaved people did not see themselves as “black”, but as humans of various tribes and territories. Turning them “black” was the necessary step of converting human beings into currency. This conversion laid the economic foundation of the United States.

Another year, 2042 AD, looms large in the political power equation for the US. In that year it is projected that our long-standing white majority will become a minority. This development together with the election of an African-American president in 2008, has created a seismic force in the American electorate. Is this seismic upheaval simply a matter of racial bias, or is there a deeper cultural element at work? Isabel Wilkerson asserts that the operative force is the extant caste system in the US.

It is easy, but inaccurate, to conflate caste with racism. Wilkerson points out that the two are neither synonymous nor mutually exclusive. Rather, race is the visible agent of the unseen force of caste. Caste is more than rank; it is a state of mind that holds everyone captive. It is structural in nature whereas racism, per se, is more attitudinal. In short, caste is the operating system for the economic, political and social interaction in the US since its gestation.

The mudsill of caste

Wilkerson lays out eight pillars upon which caste rests. The American form shares these eight commonalities with the other caste systems that she examines, i.e. the very old system in India, and the relatively brief one in Nazi Germany. I found it most disturbing that the Nazis borrowed our eugenics and Jim Crow laws as the basis for their Nuremberg Laws. Even the Nazis blanched at the extremism of the American caste system.

In Pillar Number Five, Wilkerson uses the metaphor of the mudsill which in a house is a sill plate upon which all the construction rests. She notes: “In a caste system, the mudsill is the bottom caste that everything else rests upon.”

In the early 20th century, a racial creed of the South articulated by Thomas Pearce Bailey contained the central tenets of the caste system. Its most essential tenet is inscribed clearly: “Let the lowest white man count for more than the highest negro.”

Trumpism viewed through
the lens of Caste

For several years, many pundits have pondered an apparent enigma—Why do so many lower economic whites go against their own economic interests to support Trump?

The problem with this question is that it is too abstract in form and thus misses the deeper underpinnings of the group’s foundational interests. Unquestionably, over the past several decades, the economic condition of lower economic whites has deteriorated due to the skewing of wealth distribution. The perpetration of this decline has been mostly due to Republican policies.

Nevertheless, many in this group have been blinded by zero-sum thinking. Here, it is held that if there is any improvement for a minority, it must come at a direct loss to the lower economic white group. This distorted thinking is a basis for the deeply-visceral discontents exhibited at Trump rallies, and at the recent insurrection at the Capitol.

The perceived superior position of whites in our caste system functions as a piece of driftwood to which some cling to avoid social oblivion.  Trump understands this anxiety and plays to their deeply inscribed caste status: “Let the lowest white man count for more …”

Denis Langhans is a white man—
a long-time privileged beneficiary of the American caste system. 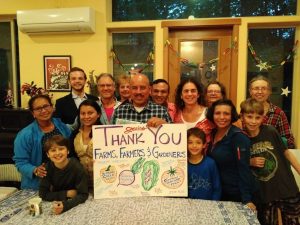