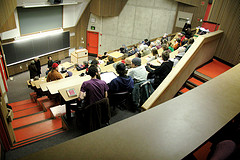 Can you Tell Me How to Get to Poppyseed Street

Next:
Response to article supporting  genetically modified crops The article in…