The plan to implant a logistics center in Rocky Prairie

South Thurston County is in danger of being transformed into a slightly smaller version of the Port of Tacoma (POT, Port). The Port is proposing to sell 745 acres of prairie habitat it owns near Maytown to an industrial developer. The developer’s plan is to construct an enormous logistics center (with as much as 6 million square feet of warehousing) where trucks and trains will swap cargo.  Continuous operation will mean traffic, noise and light for twenty-four hours a day, seven days a week.

The POT, which owns the so-called “Maytown Property,” is in the process of selling it to NorthPoint, a private company which builds huge inland ports and intermodal (trains and trucks) facilities. An article in the January New Republic describes the disastrous results that ensued when similar facilities came to the rural community of Elwood, Illinois. 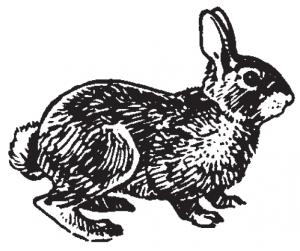 Why care about Rocky Prairie?

Rocky Prairie is located 13 miles south of Olympia in Thurston County, near Millersylvania State Park, and right next to West Rocky Prairie Wildlife Area, owned by the Washington State Department of Fish and Wildlife (WDFW).  The state park and other nearby natural areas are part of a large, undeveloped wildlife corridor that would disappear with the development proposed for the POT property.

That property and the WDFW preserve form a fragile and unique habitat matrix which includes some of the state’s last native outwash prairie, rare oaks stands, riparian and wetland areas. It supports numerous state and federal threatened and endangered species, including prairie-dependent butterfly species like the Taylor’s checkerspot. Rocky Prairie also forms the headwaters for two salmon-bearing streams running through it, and its hydrology is important to hundreds of residents who live nearby.

This prairie lies within the Black River watershed where governmental agency and organizational partners have long been working to protect sensitive watershed areas. WDFW has been trying to purchase this property for more than two decades.

The property is less than one half-mile from historic and popular Millersylvania State Park. A family hoping to camp at Millersylvania would have to endure the sounds of trains rumbling through, coupling and uncoupling all night long.  Showing kids the night sky would be impossible if this facility were built with the lights of a city interfering.

Many residents moved to the area as their permanent home because of the predominantly rural residential zoning of one house per five acres, with plenty of fresh air, little or no light pollution, and quiet nights. Others chose to purchase homes in the area only after having performed diligent research about the zoning of nearby properties and finding the property owned by POT was zoned one house per 20 acres. These residents who trusted the assurance of the zoning regulations are now confronted with a neighbor that wants to sell its property for a continuously operating industrial facility.

What good is zoning?

While there are legitimate criticisms of the Growth Management Act (GMA), the state law that guides decisions about what can be built and where, at least it provides a framework for making decisions about which human activities should go where.  In general, its aim is to keep city and industrial sprawl from spreading out into rural and agricultural areas. Zoning is one tool used to accomplish that goal.

Zoning designations should not change as dramatically as this change requested by the POT.  Residents and farmers should be able to rely on zoning in order to make long term plans about how they use their own property.

What can we do?

The first step in developing a logistics facility in this location would be to obtain a change in the zoning from the current Rural Residential, one home per twenty acres, to Rural Resource Industrial.  The Port of Tacoma and NorthPoint are asking our Thurston County Commissioners to make that zoning change. Their application will be considered beginning in January 2020.

If you agree that our Commissioners have a responsibility to protect county residents, not a port district from outside Thurston County or an out-of-state developer, please let all three Commissioners know that you do not approve of changing the zoning for Rocky Prairie, a.k.a. the “Maytown Property.” Make sure they know that we want to keep rural Thurston County rural, as the Growth Management Act intended. Having a massive rail/truck/cargo transfer center and giant warehouses such as NorthPoint is proposing is not consistent with the GMA or the conforming use of the area.

Please consider signing the petition offered by Friends of Rocky Prairie on their website (https://www.friendsofrockyprairie.org/petition) that reads: “We, the undersigned Thurston County residents and visitors, support the current zoning designation for the property located at 13120 Tilley Road SW, Olympia, WA. We request Thurston County Commissioners uphold the one-house-per-20-acres designation that was initiated in 2010 by more than 2,000 citizens to protect this sensitive area from inappropriate development.”

Deb Jaqua and her family.have lived in Olympia since 1995. She.helped save LBA Woods and thwart the first attempt to put a logistics center in south Thurston County. Past lives included working as a Medical Technologist and recently as a Web Designer.