An immigration legacy from the Red Coast

Congressman Albert Johnson, one of the Pacific Northwest’s most influential politicians, struck many of the same themes in relation to immigrants as does the current commander in chief. Johnson’s greatest legacy was the 1924 Johnson-Reed Act, which applied a stringent quota system to American immigration policies, and is widely regarded as the most important piece of restrictive immigration legislation in United States history.

On November 5, 1912, voters in Southwest Washington, known then as “the Red Coast,” elected Albert Johnson, editor of the popular Daily Washingtonian, to serve as their member of Congress. Over the next twenty years, Johnson became one of the most powerful Congressional leaders in the United States, serving in nine successive congresses until his defeat in the 1932 election.

Johnson’s anti-immigrant policies, though inherently racist, stemmed in part from his hatred of working-class radicals. His election came only a few short months after Johnson played a key role in the 1912 Grays Harbor lumber strike when thousands of mill workers affiliated with the radical Industrial Workers of the World (IWW or Wobblies) struck, shutting down the region’s massive lumber industry. The IWW was (and is) an industrial union and revolutionary organization for the express purpose of overthrowing the capitalist system. The Wobs saw the world and their place in it through the lens of class: the fundamental division in industrial capitalist America was between those who owned the means of production and those who worked for them.

During the strike, Johnson and his fellow Grays Harbor editors served as loud and enthusiastic mouthpieces for the anti-Wobbly drive. Johnson battled the radicals not just with the pen, but with the sword. He joined a citizens’ vigilante committee composed of Grays Harbor businessmen that assaulted Wobblies, socialists, and their family members, and drove large numbers of them out of Hoquiam and Aberdeen.

Johnson’s war with the Red Coast Wobblies, many of whom were newly arrived immigrants from southern and eastern Europe, shaped his extreme attitudes about radicalism and immigration.

In response to his need to more fully express his anti-radical and anti-immigrant attitudes, Johnson established a second newspaper, the Home Defender, in May 1912. The opening issue of the monthly explained that its goal was “to take an active part against the spread of radical, revolutionary socialism.” The Home Defender also expressed anti-immigrant positions that might have shocked the less-bigoted Washingtonian subscribers. “The Growth of Socialism in this country,” he wrote,“may be directly charged to this great incoming heterogeneous mass of undesirable wage-cutting inhabitants, many of them admittedly temporary inhabitants—who, before they have learned to speak our language and before they know of our customs and institutions, are taught by foreign-born agitators to hate the United States and to contribute their money and their energies to a revolution, bloodless or otherwise, which plots the downfall of our present form of government.”

The 1924 bill limited European immigrants to 2 percent of each group’s population in the 1890 census.  A annual maximum of 150,000 immigrants…

Johnson was explicit in his desire to use immigration restriction to fight the IWW. He relied on the much-used caricature of the anarchist immigrant to strengthen his argument for restriction. Johnson preferred to let the occasional “blind grandmother” and “crippled child” into the United States than “an immigrant with red in his heart and a bomb in his hand.” Johnson assured his supporters that any “discussion of immigration leads at once to a discussion of the I.W.W.,” and that the combination of these two issues created the greatest and most immediate threat to the United States.

With his decisive victory in the 1912 congressional election, Johnson took his red-baiting, anti-immigrant crusade to the nation’s capital. When Johnson moved to Washington, DC, he brought the Home Defender along. There, while serving within the minority Republican Party in Congress, he worked to establish the paper as “A National Newspaper Opposed to Revolutionary Socialism.”

Overall, though, the Congressman made his mark on Washington—and on America—not through his hateful editorials, but through his work to enact racist restrictive legislation. During his first term in Congress, Johnson served on the House Immigration Committee.

Northwest newspapers credited his assignment to that committee to the “fact” that “Mr. Johnson has made the immigration problem a matter of special study for many years.” Johnson used his first speech on the House floor to assail Asian immigration, giving the public a hint of what was to come. Speaking of the need to retain a tariff, the Congressman claimed: “China will send her hordes into this country. They will force the wage-earner and the farmer out. . . . Until now a protective tariff wall has kept our people of the great Pacific Northwest from too close competition with these Oriental off-scourings.”

Between 1913 and 1918, Johnson continued to serve on the House Immigration Committee, where he pursued the study of various racist ideologies, including eugenics. He was the chief advocate of these beliefs among his colleagues. He also formed friendships with committee members on both sides of the aisle, a fact that aided his crusade against immigrants and radicals when he was appointed chair of the committee in 1919. Johnson contended that the number of immigrants allowed into the country should be dramatically restricted, essentially arguing for a wall—or, more specifically, bars—to be built to protect the nation’s borders:

“Put up the bars against immigration. Enact more stringent laws concerning naturalization and enforce these laws to the letter. Let citizenship be a privilege to those who live and love the United States. Deny citizenship to those newcomers who respect neither our flag nor our institutions and who have imported a mass of isms that, if not checked, must lead to anarchy and revolution.”

Johnson’s proposals centered on annual quota limiting the number of immigrants able to enter the country. In 1921, Johnson introduced a bill setting up a quota system limiting any nationality to just 3 percent of the number counted during the 1910 census. The anti-immigration bill passed both houses of Congress by resounding margins, and gained President Warren Harding’s signature. The purpose of this and similar quotas was clear. Most Northern European immigrants had come to the United States in large numbers prior to 1910, so the law would have little effect on the future entry of British, German, Irish, or Scandinavian immigrants, whereas many potential immigrants from Southern and Eastern Europe would be barred from entry.

Still, to Johnson and many of his colleagues, the restrictions seemed too lenient. Building on his public reputation as an immigration “expert,” Johnson took up a position as president of the Eugenic Research Association during 1923–1924. This group pushed for the adoption of public policy based on the pseudo-science of eugenics. The eugenics movement, with Johnson as its chief Congressional advocate, pushed for more stringent limits to recognize Northern and Western Europeans as more intelligent, democratic, and more readily assimilable into the United States.

On March 17, 1924, Johnson proposed a new bill using the 1890 census as its benchmark. The bill limited European immigrants to 2 percent of each group’s population in this country as of 1890. A maximum of 150,000 immigrants, drawn almost entirely from the eugenicists’ favored nations, was set as the annual ceiling on all immigration. The act excluded from entry anyone born in a geographically defined “Asiatic Barred Zone,” which included most of the continent of Asia. A final section of the act banned immigration by groups ineligible for naturalization, a category that included the Japanese.

The measure easily passed both houses and was signed by the President on May 26, 1924. The law is rightfully seen as among the most important immigration laws in US history.

The law’s impact exceeded even its most optimistic supporters’ expectations. In part due to the Johnson-Reed Act, over the 23 years from 1924 to 1947, only 2,718,006 immigrants came to the United States.

The effects of Johnson’s campaigns against immigrants and radicals lasted far beyond his Congressional career. By placing race-based quotas on immigration, Johnson succeeded at “putting up the bars” against millions of people who saw the United States, warts and all, as a potential sanctuary against war and persecution.

Aaron Goings, Ph.D., is a senior researcher at the Institute of Advanced Social Research in Finland. He previously taught at St. Martin’s College.

This piece is excerpted with permission from The Red Coast: Radicalism and Anti-Radicalism in Southwest Washington by Aaron Goings, Brian Barnes, and Roger Snider, copyright © 2019. Available from booksellers or Oregon State University Press. 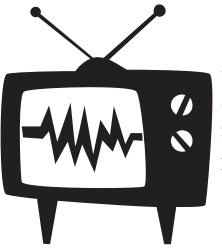