The future we create

The future is the past in disguise, but it is also constructed from our hopes, wishes, and actions in the present. In other words, as this month’s WIP theme suggests, the future is something we create. It is a form of living in the present, acknowledging the cumulative consequences of our previous actions and at the same time, holding the conviction that a better reality is not only needed but possible if we are to get beyond the current social injustices and construct a world of social redemption and reconciliation. In this sense, a way to understand the future is as a relationship between the actual and the possible.

Nothing illustrates the connection between our actions in the past, their impact on the present, and their long-lasting implications on the future better than the notorious dependency  of humans on fossil fuels as the main source of energy and profit since the mid 1940s.

This process—known as The Great Acceleration—clearly shows the correlation between capitalist patterns of energy consumption and economic expansion. Their dramatic effect (in some instances irreversible) on the biological, geological, and chemical components that constitute Earth as an integrated system will persist for hundreds of years to come.

The current climate alterations including record global heatwaves, coral reef destruction, Amazon rainforest annihilation, Arctic and Antarctic ice melting, increasing frequency in the number of hurricanes and floods, etc. are the latest examples showing the results of past relations between humanity and nature threatening the current and future survival of the human and other species.

By the same token, the current expressions of re-institutionalized  racism via presidential declarations, the restriction of voting rights for African-Americans and Latinx, the establishment of discriminatory practices within the judiciary system as well as police brutality and other developments are direct outgrowths of the past, in which the institution of slavery served as the cornerstone of American Capitalism. White supremacy served as the dominant cultural code of the nation. We can only understand today’s racism by understanding this past, and any possible future must contend with these specific historical actions.

The future does not rest on benevolent Gods or malicious demons, not even on the ‘mysterious hand’ of the market so dear to the esoteric dogmas of capitalism.  Instead, the future can be understood as a form of human agency that lurks in the gaps of history.

Nonetheless, this act of social creation varies in content and form according to the social forces, social interests, and main beneficiaries proposing a given model for society. The vision of those who want to transform social reality and believe that a better world is possible stands in radical opposition to the vision of those who want to perpetuate or make small modifications in the status quo in order to save it.

The ability to create a just and better future pre-supposes an understanding of forces, influenced by specific historical circumstances, that are acting in the present along with a way of thinking about the progressive roles and limits of those classes and groups interested in such change.

From these pages of WIP, we hope you find inspiration and hope. We are committed to propagating the ideas of those who work in the present in order to create a more just and better future.               —Enrique Quintero

October: The rest of the world.  Deadline is September 15.

Artist Mymy Nguyen dots the dragon’s eye, bringing life to a new mural at 5th & Columbia. It celebrates the tradition of Chinese immigrants who left their homes, crossed the widest ocean and settled in Olympia beginning in the 1850s. 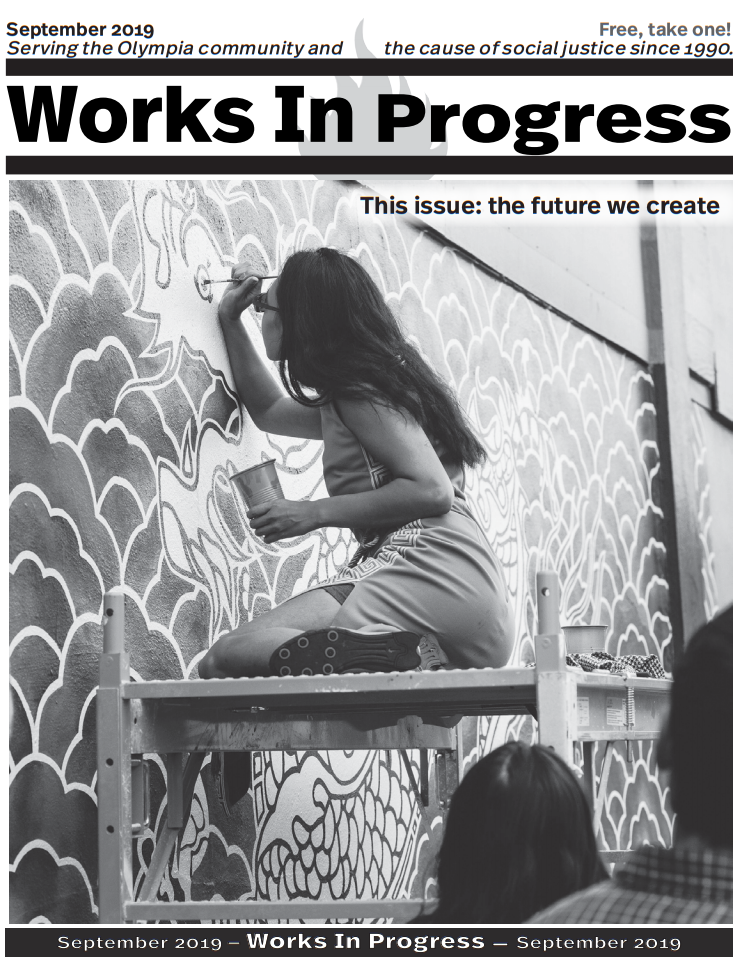 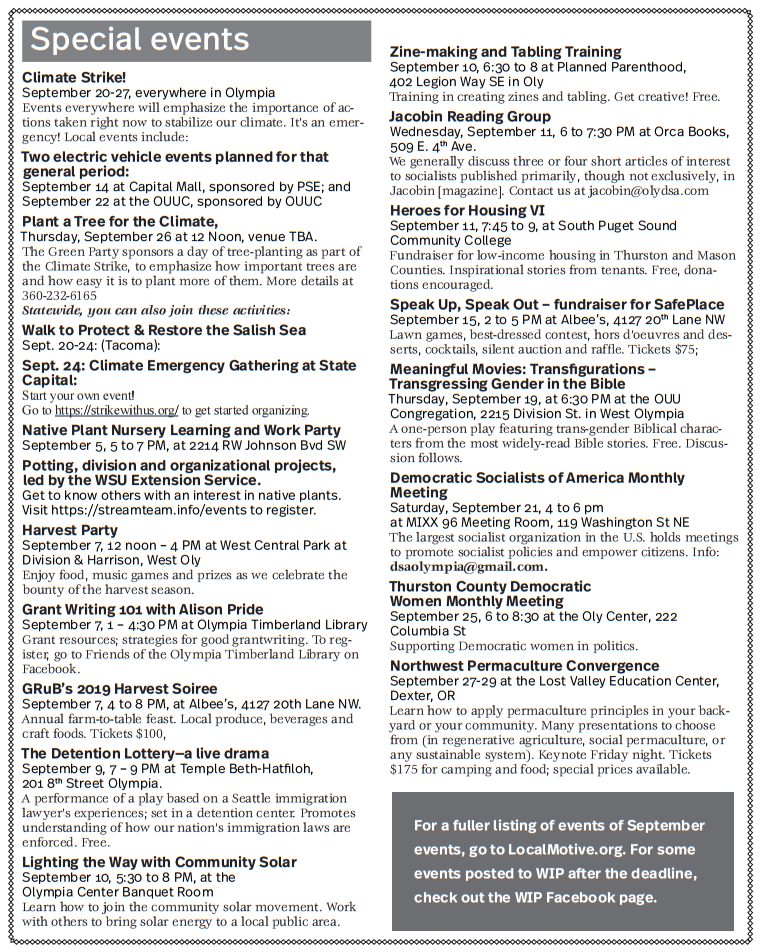