Can we heed the lessons of the past?

On March 16 the United Kingdom that it will increase the limit on its nuclear arsenal for the first time in decades. Instead of maintaining a cap of 180 warheads (as it had previously stated), the UK will increase its stockpile cap to 260 warheads—a 40% increase. The UK will also broaden the role of nuclear weapons to include the possible use of nuclear weapons to address emerging technologies (cyber attacks). This is shocking and unacceptable! Indeed, it seems the British Empire is flexing its imperial muscles as it breaks away from the rest of Europe.

The announcement comes at a precarious time. A new nuclear arms race is brewing. The US and Russia, the two largest nuclear powers (with some 93 percent of global nuclear warheads) are failing to lead the world away from reliance on nuclear weapons, and other nations are following their lead. At a time when most nations are calling for an end to nuclear weapons (UN Treaty on the Prohibition of Nuclear Weapons), rather than setting a positive example and supporting the treaty, the UK is instead fanning the flames of proliferation. It is getting loads of help along the way.

Looking into the future, both the US and UK are engaged in programs to build the next generation of ballistic missile submarines to replace their current fleets. New subs will incorporate the US-built Common Missile Compartment. There has been talk about a replacement missile for the D5. A new warhead called the W93 is planned, and the British government is engaged in extensive lobbying for it.

Can we learn the lessons of the past?

And speaking of history, we need to learn the lessons of the past. We have come close to the nuclear precipice far too many times, and the (Doomsday) clock is still ticking. We can’t stop the Clock until we abolish nuclear weapons. Empires come and empires go, yet humanity has only one chance. As for the US and UK, it is time for citizens of both nations to come together to pressure our governments to end the special nuclear relationship, and sign and ratify the Treaty on the Prohibition of Nuclear Weapons, showing real leadership towards a world free of the threat of nuclear annihilation.

Leonard Eiger coordinates the Puget Sound Nuclear Weapon Free Zone, among other things. This is an excerpt from his full article on US-UK nuclear collusion. 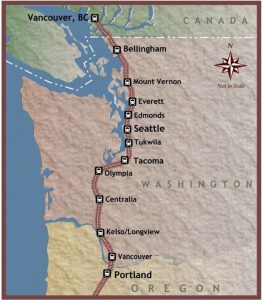