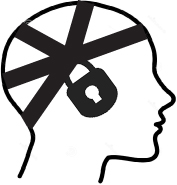 A “growth mindset” needed for political change to occur

Stanford psychologist Carol Dweck and her colleagues were interested in motivation. In particular, they wanted to understand why, faced with difficulties in school, some students are motivated to work at getting better while others aren’t, apparently lacking in motivation. What was that difference about?

Through their research with both young people and college students, Dweck’s team developed the model of a “growth mindset” to characterize learners who persist even when they encounter challenges in their areas of study. Neither a growth mindset, nor its opposite, a fixed mindset, are inherent traits. We develop them through experiences, including feedback from teachers, parents, and others in positions to comment on our performances.

“You’re a smart kid” is the kind of comment that contributes to a fixed mindset—the belief that my success or lack of success is due to the amount of my ability, rather than my effort. My smartness—however much I have—is something in me. It’s not something I can develop. The problem with adopting a fixed mindset is that sooner or later, and too often it’s sooner, I run into a limit in terms of what I can do: comments like “I’m not a math person” or “I’m not the creative type” reflect unexamined assumptions that the speaker just doesn’t have much of that stuff. Effort and intention—which are under the control of the speaker—are not part of the equation.

Dweck argues that we can do better. We can teach ourselves, and others, to adopt a growth mindset, an approach that focuses on our intentions to get better and our persistence in following through rather than whatever amount of ability we are born with.

A fixed mindset about political change

I confess to having had a fixed mindset about U.S. politics. While we have elected (and re-elected) two solidly liberal senators from Washington State, for the most part, decisions made at the federal level ease symptoms rather than address root causes of structural inequality and systemic racism. The same is true with climate change, whose looming specter casts a deepening pall on everything.

I believe that our politicial system is fixed—in at least two meanings of the word: it’s rigged in favor of the wealthy, and it’s immoveable. Given my belief in a fixed political system, I am not motivated to participate.

President Obama’s first campaign challenged my beliefs about our fixed political system. I participated in my caucus for the first time, and yearned to participate at the state level. I believed in what he said: that the war in Iraq was wrong, that our tax system was unfair, and that everyone deserves accessible, affordable health care.

By the end of President Obama’s second term, my beliefs in a fixed political system were cementing back into place. Change wasn’t possible. Small changes maybe, but not the large changes necessary to staunch the tide of inequality sweeping across the country. Being born poor in this country is a life sentence.

In October, I watched the Democratic debate. Three of the four candidates introduced themselves as if they were candidates interviewing for a job. Martin O’Malley, former mayor of Baltimore and governor of Maryland, told us that as a husband with four kids, he’s learned things about the deep economic injustice that threatens to tear our country apart. Clinton reminded us that she is a grandmother and a mother. Only Bernie Sanders led with the issues, and not his biography. The pronoun “I” didn’t show up until later.

Anderson Cooper asked Bernie Sanders about the definition of a democratic socialist. Sanders replied like this:

“What democratic socialism is about is saying that it is immoral and wrong that the top one-tenth of 1 percent in this country own almost as much wealth as the bottom 90 percent. That it is wrong, today, in a rigged economy, that 57 percent of all new income is going to the top 1 percent.

Those are some of the principles that I believe in, and I think we should look to countries like Denmark, like Sweden and Norway, and learn from what they have accomplished for their working people.”

Later in the debate, asked how his presidency would not simply be an extension of the Obama presidency, Sanders argued that the only way to transform the U.S. and make sure the government works for all of us is through a political revolution. The key to that revolution is getting people, especially young people, to vote. The only way to take on the right-wing Republicans, he said, is by having millions of people coming together. “If we want free tuition, millions of young people have to demand it. Same with minimum wage—workers have to come together and say, ‘vote against us, you are out of your job’. “

The limits of a fixed political mindset

The consequence of a fixed mindset for students is that when they face challenging problems in school, they are likely to quit. Why persist, when your ability is fixed and the external evidence suggests whatever ability you have isn’t enough to succeed? The problem with a fixed political mindset is nearly the same: why vote if the political system is fixed? And yet, the only way for the system to change, Sanders argues, is for people to make it so by voting: “Here’s the truth—no one can address these crises unless millions of people stand up against the billionaire class.”

Standing up against the billionaire class requires a growth mindset about the political system. I have to believe it can get better with effort, including my vote. Otherwise, nothing will stop the number of people living in poverty in this country—now 27 million—from growing. Nothing will slow the growth of the oligarchy that owes its current incarnation to Citizens United. Nothing will keep the remaining fossil fuels in the ground.

Writing for the New Republic, Elizabeth Bruenig points out that the two Democratic frontrunners, Sanders and Hillary Clinton, have radically different views about how to structure our economy. Clinton’s version is based on what Bruenig characterizes as an “opportunity-focused approach”—the Horatio Alger, anyone can make it if they have opportunity approach. Sanders is pushing for a more egalitarian “pro-equality” platform—the equality necessary in order for people to take advantage of opportunities at hand. Neither hungry kids nor adults who are tired from working low-wage jobs can take advantage of “learning opportunities”, no matter how enticing they are.

At the risk of revealing a nascent growth mindset about U.S. politics, I confess that I was persuaded by the Democratic debate that our votes might matter.

“What are your triggers?”

In a recent article for Education Week, Carol Dweck reflected on the dangers of oversimplifying the task of adopting a growth mindset. We are never one or the other, she wrote. We always contain a mix of both.

So, she writes, “watch for a fixed-mindset reaction when you face challenges. Do you feel overly anxious, or does a voice in your head warn you away?” A voice in my head, and history, warn me away from being optimistic that we can affect a political revolution through voting. And yet, even in the context of U.S. politics, where piles of evidence support the adoption of a fixed mindset, now is a good time to notice whether we can allow the possibility of change. The value of a growth mindset is that it creates a space for trying to do better. I appreciate Bernie Sanders’ work that invites us to occupy the space of possibility for our own version of democratic socialism, for as long as we possibly can.

Next:
And then we mounted a hillside filled with blue daffodils.…