Who was “anonymous” in the NY Times?

[Ed note: Last September 5, the New York Times published an anonymous column by someone claiming to be “part of the resistance” in the White House, saving democracy from Donald Trump’s worst inclinations.  (But not all of them—anonymous saw bright spots in the Trump agenda: deregulation, lowering corporate tax, a robust military.) This was big news: an insider confessing to working with other “senior officials” to frustrate the President’s aims.  Dominated the news for a day or two! Everyone suspected someone in the Administration—but no one was fingered. Then this “big news” faded like all of the other momentary preoccupations with Trivial Things Trump.

So imagine our surprise when WIP received copies of three emails from Administration figures anxious to clear their names—just their first name, you’ll have to guess the surname.  We reprint them here for the record—and encourage other Wipster tipsters to stay on their toes for more.] 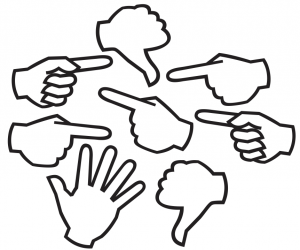 Can you imagine any “adult in the room” writing such a trivial piece of self serving pomp?

Whoever wrote this was upset that Trump hasn’t declared war on Russia. Obviously from the language used it was written by some simple minded militarist.

President Trump’s greatest asset is what this guy criticizes. Trump is in fact “impetuous, adversarial and petty” but NOT “ineffective.”  Flip-Flopping is one of his talents.

While the NY Times can’t see past Trump’s antics, we’re out there opening up national parks, fracking gas, drilling for oil and purifying this country’s democracy by ridding the homeland of illegal immigrants, their sneaky children, Muslim invaders, as well as jailing all those protestors that want to disrupt our Supreme Court or impeach this duly elected President.

I didn’t write the damn thing

I’m busy making America safe for Coal Companies.
Does anyone really want to remove Trump and get Pence?
Jesus, that would be like exchanging Caligula for Ayatollah Khomeini.
What’s funny about this arrogant twit is that he apparently listens to Trump.
Hell, my hearing is so bad, I couldn’t listen to him if I wanted to and, anyway, it’s beside the point.
The point is my bottom line and, in case you haven’t noticed, it’s doing great.

So, no, I didn’t write the damn thing.

I’m not a traitor masquerading as a unsung hero in the failing New York Times.  Besides, I’m having fun tearing up all the international treaties I’ve hated for years. Trump likes Putin and Kim for good reason. They know what nationalism is and so does Trump.  In case you haven’t been paying attention,  I’m busy working on Donald for WWIII—as Smedley said, “War is such a racket!”  There’s so much money to be made.