Past, present and future all at once 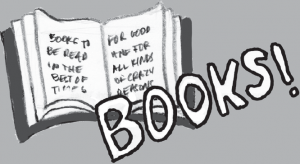 Jesmyn Ward pens an account of the living and the dead in her latest novel, Sing, Unburied, Sing, set in the heart of what was once home to slavery, Jim Crow and sharecropping.

The story takes place in the small town of Bois Sauvage, near the Gulf of Mexico. Here a road trip journey begins as Leonie, the daughter of River and Philomène, traverse the Mississippi landscape with her two children Jojo and Micheala, and Leonie’s best friend, Misty. The volatile group makes its way to Parchman Penitentiary, the current holding place of Michael, Leonie’s boyfriend. Michael is white, a sharp contrast in more than just color to Leonie’s family.

Accompanying the small band are two ghosts that only Leonie and Jojo can see. One, Richie, was River’s cellmate at Parchman Penitentiary many years ago. Given was Leonies brother.

Another historical narrative plays itself out in the current timeline between dialogues and snapshots replaying into characters’ pasts. The past is split open as the ghosts reach out to connect once again with the living, trying to make sense of their own weird worlds. Richie reflects on his twilight-like existence. “In that day that never ended, I watched the tops of the trees toss, and I tried to remember how I got there.”

The book was unique in that it had no real plot to be pointed to. Instead, Ward focuses on the brokenness of the family. No real plot made for confusing reading and a recurrent question: “What is this family trying to overcome?”

However, I began to understand how purposeful this was on Ward’s part — to understand the deep-seated pain the South has endured, one has to look beyond any one problem. It’s too numerous and vast to pinpoint. One has to understand Parchman as a microcosm of the time the South has been surviving: “How could I conceive that Parchman was past, present, and future all at once? That the history and sentiment that carved the place out of the wilderness would show me that time is a vast ocean, and that everything is happening at once?”

The book was difficult to read. Lacking an internal plot that would have otherwise given the characters great initiative, we are met with a lethargic cast simply stuck in the throes of pain and addiction. Extended dialogue and hurried references jumbled together failed to give the characters roots they needed to reveal development. The story moves from one long chronic heartbreak to the next.

The intended effect was felt, however. Pain often times cannot be made sense of. Flashback by flashback a picture begins to take form. The picture is of a family trying to make sense of a world of brokenness. The past and its pain are oftentimes one and the same. This is one family’s navigation through a story that cannot be made into sense.

I would strongly recommend this book to readers looking for an anecdotal story of the South, mining veins of shattered hope and pain, with gems of hope found sparingly in-between.

Baxter Lee is a recent graduate of The Evergreen State College. He focuses on incorporating fiction and non-fiction, how the two can blend, and even work together.