Olympia Carpenters and The New School for Union Organizers: getting started

It was 1988 and I was working out of the Carpenters’ Hall in Olympia after clearing my book into Olympia Local 1148 from Tacoma Local 470. I was proud to be working out of the Olympia Carpenters’ Hall not only because it was my hometown, but also because I understood the protection a union contract provided. My mother’s side of the family were devoted unionists. I saw my 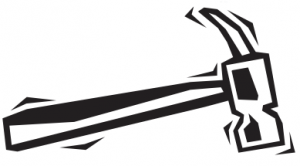 uncle on a picket line; my grandpa had been a Wobbly, and the Brewery Workers’ Local President before Dave Beck and the Teamsters out-maneuvered them at the Olympia Brewery.

Working out of the Hall brought the benefit of association on the job and in union meetings. As union members, we built strong bonds of mutual interest working side-by-side, in good weather and bad, eating lunch together in the job shack, solving work problems – and the country’s problems…

It was common to have inexperienced apprentices receive trade knowledge from older, more experienced hands. I enjoyed the satisfaction of cutting rafters properly for a building’s roof and other precise tasks critical for building. I was proud of my trade and my ability to create with my hands. I shared in the specialized knowledge that, historically, a carpenter only revealed to an apprentice committed to learning the trade, or talked about with another journeyman. This knowledge added to our negotiating power as carpenters. Who was going to build the structure, if not a carpenter? The stealing of this knowledge led to the erosion of carpenters’ power. I learned of this from job experience.

A history of cooperation

Olympia Union Carpenters controlled a large share of the residential and commercial construction market prior to the 1970s. Thompson Place and Panorama City in Lacey are examples of our residential work. However, our primary signatory contractors, many of whom were local families like Phillips, Johnson, Jones and Roberts, were in the commercial market. Contractors had their own union — the Association of General Contractors, or AGC. Every three years, the Union (Western Washington Carpenters) and the AGC would negotiate a new contract.

A contractor was called “signatory” by virtue of signing this contract and becoming one of the contractors we provided our labor for. These contracts included an apprenticeship program paid by employers and the Carpenters’ Trust. This arrangement assured carpenters that any job they worked on paid the same wage and benefits. A union carpenter didn’t have to negotiate at each new job as non-union carpenters did. Contractors were guaranteed a skilled workforce without labor upheavals.

The union’s position is eroding

Eventually, this threat became a discussion at the union’s monthly meeting. What to do with the dilemma of ratty (non-signatory) contractors winning job bids in Olympia and hiring unorganized carpenters? Our retired members related how they had met earlier labor conflicts. They walked job sites to speak with carpenters and invite them to become part of the union. They explained how much better it is to be together when you have to meet the boss.

How to address the threat

We took their words as a guide and decided to embark on an organizing effort. Only, we had no organizing experience. Our local, like most Carpenters’ locals at the time, was mostly white men who never considered our position in the socio-political economy of Olympia, Washington state, or the US. I believe the only group consciousness we had was an expectation to keep working under a union contract until retirement. But an expectation doesn’t tell you how to address threats to that expected future. And collectively, at least at this moment, we recognized that there was a threat.

Evergreen as a resource

We found out that there was a class for union organizers at The Evergreen State College. Maybe there we could figure out how to combat the threat to the standards, wages and conditions of work for which our union had fought. The union decided to pay for two carpenters to enroll in the New School for Union Organizers, a 9-month course offered by the TESC Labor Center. I was one of those carpenters.

In hindsight, the notion of our getting into a fight with Capital was as far away as Pluto. Capital? What the hell, who or what was that? The idea of “capital” as a component of production was completely unknown to us. Some of us had been to college and understood basic economic principles, but hands-on working together had educated us far better. Still, our idea of the system was that there were those who gave orders and those who executed orders. We executed orders. bosses gave orders. Yet the Carpenters’ Union had protected us from the worst intentions of the contractors. This reality motivated us to do what we could to protect the working standards we had built over many years; since 1917 in fact. But I’m getting ahead of the story.

A New School education for workers

So it was that in the fall of 1988 I became part of the New School for Union Organizers. The state legislature had authorized the Labor Center in 1987 to offer non-credit educational programs for union members. Dan Leahy, who was instrumental in creating the Center, was the first director. Our class consisted of about 16 people from unions, community organizations, and a couple of Evergreen students. I hadn’t been in a classroom for years; the first thing I had to learn was how to learn again.

Our class of strangers eventually became a tight-knit group, learning from Dan, Labor Center staff, faculty of the college, and organizers from around the country. My New School education became the bedrock of who I was to become in the following years.

Over the next few months I will tell the story of how a group of Olympia carpenters learned to get organized and act as a community of carpenters. It’s the story of building a community not only of carpenters, but finding allies to create something fairer for all working people. We were fortunate to have in Evergreen’s Labor Center, and the New School for Union Organizers, a space and framework from which to analyze our position—and change it.

Mark Bean was born and raised in Olympia and has written the Months of Labor column for WIP.