Limits and possibilities of healthcare in rural areas

The national discussion about reforming our health care system is all about ending Obamacare (or not), adopting a “single payer”approach, or leaving things to the “marketplace.” No part of that discussion addresses the reality that we hardly have a healthcare “system” at all.

Instead, we have big insurance companies, private and non-profit hospitals, doctors and nurses in local practices, variously pursuing their own interests. When it comes to rural areas, those 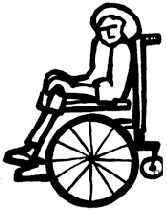 interests present an impediment to health care that won’t be solved even if we do come up with a feasible plan to finance health insurance.

I’m pretty healthy, but this fall, I injured my arm. It’s been getting steadily worse, probably because I keep using it to dig up the yard and plant perennials. When pain in my upper arm and shoulder woke me up, I decided to see a doctor.

Fortunately, I spotted an ad in The Daily World (our Aberdeen newspaper) saying that a nurse-practitioner at Grays Harbor Family Medicine was taking new patients. I called, was asked my name, birthdate and insurance, and then was told they would call me back “if I was accepted.”

Two weeks later, I received a phone message. I had been “accepted” as a patient. I called back to schedule an appointment, only to find that, while I was accepted as a patient, the provider wasn’t cleared yet to take my insurance. I was told to call back in two weeks.

I did. The provider hadn’t been cleared by the insurance company. I was told to call back in a couple more weeks. I did. Same thing. No luck. Call back in two weeks.
Finally, I asked whether anyone else in the practice could see me since my arm was quite sore and waking me up. The office person said she would check and call me back. After two and half weeks, I called, only to be told that no one else would see me. I would have to wait to for the insurance company to approve the provider who had accepted me, and no one could predict when that might happen. I gave up, and called my former primary care person in Olympia. I got an appointment for one week later.

Why is it so hard to find primary care in Aberdeen?

The relationship between Medicaid and rural health care (or the lack thereof) is clear in states that chose not to expand their Medicaid coverage. In Georgia, for instance, Stacey Abrams, a candidate for governor, is running on a platform that calls for Medicaid expansion. With 19% of the people in George uninsured, many of them in rural areas, Medicaid expansion would provide better access to healthcare for low-income people living in rural counties.

States that chose not to expand Medicaid during the Obama administration have experienced significant declines in access to care in rural communities. For example, six rural hospitals in Georgia have closed since 2010. As Mark Holmes, a researcher at the University of North Carolina writes, the consequences of hospital closures go far beyond cutting off access to health care. In an interview with PBS, Holmes said, “Losing an employer of 150 people with good jobs is like losing a manufacturing plant. Hospitals are usually the largest, or the second-largest, employer in a community. That’s something that’s easy to lose sight of because we think of this from a health standpoint. But the effects are wide-ranging when a hospital closes.”

Yet Medicaid expansion alone isn’t enough to insure access to health care in rural areas. Washington State chose to expand Medicaid, but we still have a health care shortage. What’s going on?

Ask anyone in Aberdeen why we don’t have enough doctors and they will say there aren’t enough places to live, and we need better schools. Drive around Aberdeen and you see lots of empty houses. What’s keeping people from investing in the community—for themselves or for a profit?

It turns out that Aberdeen’s scenic location along the banks of the wide Chehalis River not only makes for convenient fishing and the designation as the northernmost deep-water port in the US, but also puts the town in danger of flooding. According to several sources, residents in Aberdeen pay over $1 million per year in premiums to the National Flood Insurance program.

Homeowners in the flood plain pay flood insurance on top of mortgage payments. Cassie Lentz, Housing Resource Coordinator for Grays Harbor County Public Health and Social Services, estimated that a person with an $800/month mortgage payment could easily be required to pay an additional $600/month in flood insurance. Not only that, but making improvements to a house can trigger additional costs if you spend more than 60% of the cost of the house on improvements. That’s an easy limit to exceed when you have to elevate a house that’s on the market for $70-80,000 plus bring it up to code.

Then, another factor kicks in. Banks won’t loan you more than the market value of your new home, no matter how good your rehab plans are. So, even though you could buy one of the dilapidated houses in downtown Aberdeen and start to fix it up, until the whole neighborhood gets rehabbed, your house won’t be worth much. And then there’s the flood insurance. A coordinated plan to design and build a levy along the north shore of the Chehalis River between the Wishkah and Hoquiam Rivers is underway. The planned 2019-21 construction is dependent upon a state budget request.

Meanwhile, a struggle between the relatively old, established Grays Harbor Community Hospital in Aberdeen and the relatively new Summit Pacific Medical Center in Elma has ensued. At the center is Montesano mayor Vini Samuels, who wants to partner with Summit Pacific and Providence St. Peter Family Medicine of Olympia to run something like what Providence is doing in Chehalis—a Family Medicine Rural Training Track program, or residency clinic. The clinic would be in Montesano.
For Montesano to partner with Providence, they would need to stop paying hospital district dues to Grays Harbor Community Hospital. GHCH says the loss of $150,000 per year would put them at further financial risk. They have already laid off employees. Health care experts say a clinic in Montesano would likely pull private pay insurance patients out of GHCH, leaving it even more reliant on Medicaid reimbursements. Samuels argues that something has to give. “This type of clinic and what it can bring to the Harbor, it shifts everything,” she said in an interview with the Daily World.