Can there be “too much politics”?

I see the effects of climate change first hand. My people, who’ve lived next to the mouth of the Quinault River for many generations, are now having to relocate the entire lower village to higher ground. The first time the seawall was breached, in 2014, it was a shock. Subsequent times, it was shocking of course, but no longer was it so surprising. The ocean is rising, and thankfully the tribe is moving the village to higher ground. But that is just a reaction to the problem. What we need from our governments is to be proactive, not just reactive. 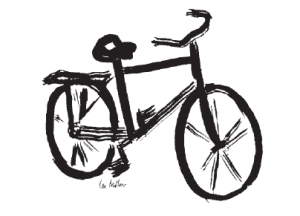 The temperature of happiness

It’s not just rising oceans that we must worry about affecting our happiness. Temperatures continue to rise year after year. I think we’ve all noticed it. In Chapter 2 of Essays on the Quality of Life, they discuss ways to measure “sustainable human well-being”, and in doing so they also discuss a lot about how the environment can affect happiness. Most interestingly to me, they discuss the temperature-aggression hypothesis, which states that as temperatures rise to uncomfortable levels, people are more prone to aggression. And if our global average temperatures keep rising, it follows that collective happiness will likewise decrease as a result of increased aggression and the things that go along with that, like violence and verbal abuse.

I am just one person. I can’t do much about climate change or its effects. Sure, I could recycle more, try to use less plastic, or maybe buy a bicycle. Maybe I’ll install LEDs instead of fluorescents. You get the idea. But that is nowhere near enough, and we’d all have to start making some drastic changes for there to be an impact. Clearly, as individuals, we are almost powerless to solve this problem on our own.

Our government isn’t responding to our collective need

But our government does nothing. They pretend that the problem doesn’t exist. They pulled out of the Paris Climate Agreement, which wasn’t a solution on its own, but at least it was a step in the right direction. According to a New York Times article written by Nadja Popovich et al., the US government, since the beginning of the new administration, has overturned at least 33 environmental regulations, with more on the way.
Rules like the one that prohibited coal companies from dumping waste into streams, or the Obama-era order that directed the National Park Service to consider climate change when managing the natural resources in our parks. Why the hell would they be getting rid of such rules when the threat is finally starting to show its face, right on our shores?

Climate change is a collective problem

Governments do not typically act from the goodness of their hearts. Governments have all kinds of interests and motivations – diplomatic interests, economic interests, foreign policy interests, and all kinds of other things that I would not presume to know about. They are pressured by many other things besides just the goodwill and wellbeing of the people they are meant to lead. And sometimes, when the pressure from other sources outweighs pressure from citizens, priorities change. Governments take action that is not foremost in the best interests of the people.

Sometimes we the people need to act

Sometimes, things become too serious that things can no longer be ignored. Sometimes, the people need to stand up and make their voices heard. Sometimes, they need to be present, loud, and engaged with those who can make a difference. Sometimes, that means voting and encouraging others to do so. Sometimes, you got to call your representatives and let them know what you’re thinking. Sometimes, people got to take to the streets. And sometimes, the stakes are even higher. People literally died fighting for the 40-hour work week. But we are all happier because of it.

I don’t think the barriers we face are the same as back then. I don’t think we need to have violent and life-ending protests to achieve what we must achieve. I think we face a different kind of roadblock – one of apathy. People don’t, for whatever reason, feel the need to care so much. Like, I’m sure they care, if you were to ask them. The problem is that we are all individuals, and we see big societal problems as so distant to us that we don’t feel we can do anything anyway.
Surely, there are scientists and even some lawmakers who are taking the problems seriously. But as a collective body of government, there is a lack of pressure to do anything meaningful about the problem of climate change, and the other problems we face. Many in our government have other motives, besides to help the average person. I don’t really feel the need to quantify that statement, because I think the results show that loud and clear. I should point out, though, that the latest Congressional approval rating, posted in May 2018 by Gallup, is only 17%. 79% disapprove of the way Congress is handling things overall.

I think it’s our job, as citizens and as people who wish to pursue happiness, to pressure those politicians who think they can focus on other things besides the wellbeing of the people. Turn the heat up on them, just as the heat continues to rise on the planet. Make them feel the weight that we can put on them. Make them worried for their jobs, as there is almost no bigger motivator than the fear of losing your job. Many of the average people know that all too well.
I think it’s natural that our government is doing nothing. Our government, after all, is meant to be representative of its people. They do nothing because there aren’t enough people in this country standing up and making their voices heard. Why should they act if we cannot even speak up? If people do not rise and say that enough is enough, that action must be taken, that we need real solutions for the problems that we face, I fear we will not find those solutions. People may continue to be distracted, and apathetic about the state of our country and our world. And so too may our government.

People need to care about the issues—care enough to make others care. Talk about the issues with others around you. Collective action first requires collective awareness and knowledge. We must share this mindset with others—that we can make a difference. That by acknowledging the problems, and coming together to solve them, that we can solve them. Because the alternative is not acceptable; collective ignorance leads to collective misery. And if we ignore our problems, especially climate change, they will not get better. They will get worse, and our collective happiness will decrease. Do you want to find out by how much? I sure as hell don’t. And I don’t want my future children to, either.

Participating in political decisions can make us happier

But there’s good news. According to a report by Chris Barker and Brian Martin, participation in the political (decision-making) process can actually increase happiness for the person who participates, not only because outcomes may be achieved, but also because when you participate, you’re interacting with others. You’re helping people. But they also found that happier people are more likely to participate than those who aren’t. As you can see, this can potentially create a positive feedback loop, which the authors also discuss. If participating makes people happier, somehow, and happier people participate more, you can see how it may be possible to create such a loop.

I think more people need to be aware of and educated about their government. To bring positive change, it takes advocacy, action, and informed consent by the people. When people stop caring and governments are left to their own devices, history has shown us that things get worse for the people. Participation can make a difference, however. So, with that in mind, I really don’t think we can be discussing too much politics.

Jacob James is a Quinault tribal member and lifelong resident of Taholah, WA. He is currently studying at South Puget Sound Community College.