Gone but not forgotten

City Manager Steve Hall is gone but local residents continue to pay the price of his leadership. He created a city government run by staff and detached from the community, with elected council members serving as cheerleaders for actions they don’t understand.

The staff acts as a law unto itself, funded by taxpayer dollars to pursue an agenda of their own.

When the Growth Management Board found elements of Olympia’s Missing Middle zoning ordinance illegal, City Attorney Mark Barber told the Council to appeal the ruling rather than make the changes necessary to bring the ordinance into compliance. When the city’s repeated and costly appeals failed, the council agreed with staff’s recommendation to fund a trip to Superior Court to avoid fixing the ordinance.

Then there was the flier Steve Hall called for: an $80,000 full-color blast urging local residents to vote “NO” on the car tab initiative. Supposedly, the Council members never saw the thing. It’s illegal for a government to use taxpayer money to advocate a yes-or-no vote. Hopefully, the punishment for this illegal expenditure won’t be a fine …paid by taxpayers!

More recently the Council approved a property tax exemption for multimillion-dollar builder J. Brent McKinley’s luxury apartment building. At the award ceremony, councilmembers voted in favor because “it’s the law.” If it’s the law, why does it call for Council to approve or disapprove? (Councilmember Rollins had the temerity to vote no.)

The Council has a chance to show some leadership in hiring a new City Manager who recognizes the authority of our elected officials. Will they take it?

Some Olympia landlords reacted to the possibility that renters might be able to pay so-called “move-in” charges in installments, rather than a lump sum. Said Mayor Selby, “…small landlords are going to step away and go ‘I can’t handle this, I don’t know how to do the paperwork, It’s overwhelming me…’” (Gee, how can they handle Schedule E forms for expenses and depreciation to get federal tax deductions?) And then a landlord chimed in: “If they do anything that cuts profits, prices will go up. That’s just how economies work.” No, that’s how landlords work. Ask a farmer if prices go up when profits are cut.

No bake sales for the military!

All but 48 House members leaped to their feet in favor of sending $738 billion of our tax dollars to the Pentagon – $21 billion more than last year. Space force! More nukes! Endless war! 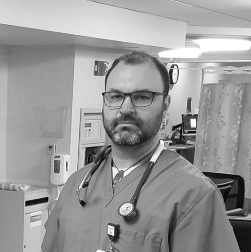