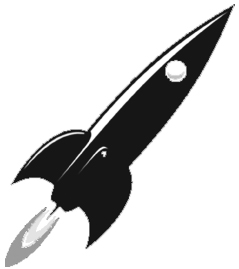 The future of space science

The world is full of amazing coincidences; what I like about reality is that the coincidences always add up. The numbers balance in a way which confirms the real Universe exists and not simply just because I think it does. This amusing coincidence is just coincidence: The Expanding Universe released its light into freedom 380 billion years after the big bang when the electrons coupled up with the protons to form atoms. The temperature of everything was near 3000 degrees but space has expanded 1000 times the size it was back then so the temperature of the cosmic microwave background we see today is 2.73 degrees above absolute zero, 2.73 Kelvin. Well, one day just for fun I measured the angle from the isthmus down town Olympia to the top of Mount Rainier and, bam! It is 2.73 degrees!

This is just happenstance because we live such a distance from such a tall mountain. But it is charming enough that I have to tell about it. My other favorite cosmic coincidence comes from Douglas Adams’ “Hitchhikers Guide to the Galaxy.” There Douglas wrote, “42 is the answer to life, the universe, and everything.” One day I was musing over the fine structure constant of the Universe and no one knows why this number is 137. The fine structure constant is a key number in quantum mechanics which has puzzled scientists for one hundred years. Planck’s constant times the speed of light divided by the electron charge squared equals 137. Now one day as I was figuring the difference between light years and parsecs another remarkable coincidence struck me. A light year is the same as a parsec divided by 3.26. When you divide 137 by 3.26 you get 42! Douglas Adams was right all along! Well, these coincidences are really just fun things you get when you play with numbers. Recreational mathematics brings out reality for everyone to see.

After I wrote, “Try Science First” for the February WIP, I was delighted to receive several comments from readers and they are all thoughtful enough to print here:

I read your article in “Works in Progress.” I just moved to the Olympia area and am very interested in joining or helping to build a community of science-minded people.
G. R.

I am also frustrated by the lack of science and critical thinking in a town that is so progressive in so many other ways. I feel almost an anti-science/atheism bias here for sure!
Please keep my name for organizing, if there are any events etc. I would love to network with fellow rationalists. It is so refreshing to be around like minds.
I have heard there is a science cafe at Orca books… I am pretty busy in terms of being an organizer right now, but I would definitely be interested in participating. I have a physicist friend too who might be possibly interested in meeting.
C. E.

I have an interest in Fusion Physics. My background is in teaching…
Please place me on an email list for continuing messages or a meeting place and time in our mutual interests, if that seems acceptable to you.
Please be aware that typically I only have access to the Web, and therefore my email, once per week– usually on Thursdays.
L.F.

I read your article in WIP and I just wanted to say that I agreed with your sentiment. Honestly, I find it frustrating to live in Olympia sometimes because there is such a suspicion of science and modernity among some people. There are a variety of issues…
where the scientific consensus falls far away from the views of many people I know; for me, that is a real tragedy.
Anyway, I just wanted to thank you for emphasizing that people should put science first. Also, I am working with others to start a book club dedicated to the ideas of environmental modernism…
M.R.C.R.

Thank you very much for taking the time to contact me. Hang in there friends; learning is a life long process and gradually our neighbors will grow to respect our work depending on its merit. Along with knowledge, humans seem to thrive on adventure.

While many of us strive to conserve what is left of our changing biosphere, I am left to wonder how will all this turn out. The Earth was once a complete paradise. Besides Earth, our solar system has more planetary bodies within our reach. Should we terraform the Moon, Venus, or Mars? Can we build a space based society without making things far worse? The answer to these questions will have to be played out over time, yet we can see there may be fantastic potential for our future.

The Moon is the most obvious site for a colony since humans have already traveled there and returned home safely. The nation of China has recently been staging some preparations to start on colonizing the Moon. International collaboration would be the best possible way here except that nation states are barely learning to cooperate. Habitats on the Moon will have to be domed in and a vast number of technicians will need to be employed to maintain the infrastructure on the Moon for a habitat to succeed. Travel there and back will be expensive, that’s why we should want international collaboration. Likewise, Mars is a great choice for colonization. Venus would require technological advancements we have not reached yet.

The orbits of planetary bodies in our solar system and travel to them are determined by gravity. There are some points in space called Lagrange points where orbital space stations may be maintained with available technology. Low Earth orbit is simply too full of debris and spy satellites to be a good habitation. The Lagrange points (L1 through L5) are semi-stable points where human activity is just beginning to be centralized. Gravity is balanced at around 90% of the way to the Moon, this is L1. There the Moon’s gravity balances Earth’s gravity and a space station could be located, like a truck stop. 10% more beyond the Moon is another stable point, L2. Directly opposite the Moon in it’s orbit, 180 degrees away is L3. 60 degrees ahead of the Moon in it’s orbit is L4 and 60 degrees behind the Moon is L5. As Neil DeGrasse Tyson told us, “We can think of Lagrangian points as gateways to the rest of the solar system.” There are also Sun-Earth Lagrange points, Sun-Venus, Sun-Mars, sun-Jupiter and the rest.

Humans are ready to explore and inhabit space. We don’t need to destroy our ecosystem to have an exciting technological civilization. The Moon and Mars are well within the realm of our technical ability for travel, and space stations are currently enjoying obvious success. Our solar system is one of about 400 billion star systems in the Milky Way galaxy. And, ours is one of 400 billion galaxies in the visible Universe. We can make ready for the final frontier and maintain our sense of adventure, and for the future.

The Universe is so big that simply mapping it may take the human race virtually for ever. Many cosmologists fear the Universe could, in the far distant future, evolve into a state which will eventually become inhospitable to life. But, with the rapid growth of modern technology and biological evolution, who knows? The Universe will probably never run out of room!

It is absurd how we are short changing ourselves and our children when we have the means to colonize space, the Moon, and Mars, but we choose to stockpile weapons instead. Spring break on the moon is so much more awesome than the some resort hotel. And, interplanetary economies are far more robust than isolated ones. Yes, there are more urgent local issues. Our problems like climate change and homelessness are urgent because of the same “lack of vision” that created the nuclear weapons stockpile, and turned our nation back from space travel. Turning our eyes to the sky and restoring our sense of adventure means a lot more than every day complaining. It gives people a reason to work together with the payoff being limitless potential of the entire Universe.

Russ Frizzell is an activist living in Olympia since 2010 and a graduate of The Evergreen State College where he studied Physics and Cosmology.

Next:
On the coattails of the hydraulic fracturing boom in the…