Reflections on the fate of the 4th Avenue Bridge project

I’ve been working closely with the 4th Ave bridge camp as a member of Just Housing Olympia. The City recently decided to halt progress toward moving the encampment to another piece of City property, and instead to proceed with sweeping the encampment. The residents will now, most likely, be moving onto the property of a faith community that has once again stepped up to meet a need that the City would not. The City has offered some financial assistance and to continue working towards finding another site where someday the vision of the 4th Ave. Bridge camp project might become a reality.

In working with folks on the streets, I’m constantly surprised by their enthusiasm to collaborate with the City as partners. Despite the sweeps, criminalization and broken promises that characterize most of our history of homelessness response, there is a persistent desire to move forward.

It’s not because houseless folks don’t remember the hurts, or the people they’ve lost in our painfully slow trudge towards justice. This forgiveness comes from the fact that the promise of justice is too enticing, the vision of empowerment and solidarity and community dangle too temptingly to give up the potential for legitimacy.

Too often this desire from houseless community leaders has not been leveraged to constructive ends by the City, but rather exploited to guarantee docility; to string people along until the next sweep or “cleanup.” The disintegration of the 4th Ave Bridge project is the latest example of a pattern of giving lip service to a beautiful vision of community empowerment, then yanking it away as we approach the moment of truth.

The City’s decision to end the bridge project comes after a months-long collaborative process among camp residents, First Christian Church, Concerned Clergy, and Just Housing Olympia to establish invested self-governance and prepare for an eventual move to city-owned property. The City’s rationale is that “no housing or behavioral health organization with the capacity has stepped up to manage the site”—even though First Christian Church and the Concerned Clergy repeatedly offered that very thing. Faith communities hosted Camp Quixote for years; in fact, the City has courted them many times to host camps on church property.

The clergy and faith community members; the social workers and community advocates and houseless leaders did their part and are now doing even more. Pastor Amy and the Concerned Clergy have shown a deep commitment to building relationships and partnerships with camp residents. They have supported important discussions and organizing, and have offered material and emotional support, conflict resolution, and flexible problem-solving. They have shown tremendous patience with constantly changing timelines and evaporating promises from the City, even when delays seemed intended only to postpone the project until the political winds shifted.

Difficult conversations around self-governance have brought me to believe that these are true culture-shifting moments, where respect for space and property and persons is built. This is really where “accountability” comes from. Our city can’t jail its way to accountability.

Residents of the bridge have developed rules that are not so different from what advocates for “accountability” call for. This isn’t surprising to me, given my experience working with the self-governed Nickerson encampment. When I talk to Jackie at Nickerson about her problems, it’s not the City or the police that are at the front of her mind. She complains about the same things we see on Facebook – trash and theft and the destabilizing influence of drug traffic, even more fervently because she lives in the midst of it. The experience of self-governance has served as a venue to address these behaviors within the houseless community.

I’ve seen the members of the bridge community act as positive influences in the lives of others on the street, especially youth who they’ve “adopted.” Those who live in close community with each other are in a unique position to promote positive behavior. Constructive criticism lands far more gracefully coming from those for whom one feels love and responsibility than from the hateful shaming rhetoric spewed by Facebook groups.

When the 4th Ave camp held a vote to elect leaders, it was a revealing moment for me. Each resident took an index card and listed their choices for president, vice president, security, treasurer and secretary. For several minutes, all that could be heard in the room was quiet shuffling and the occasional snort of wry laughter. When we counted the votes, the result was unsurprising. Despite the personal disagreements and constantly shifting opinions of people that characterize high-stress, chaotic camp life, the votes provided a clear picture of a group that knows itself, and each others’ strengths and weaknesses, whose experience living together has tested and proven their leadership qualities.

Olympia has experienced frustration in its homelessness response because of insufficient support from nearby cities, as well as the county and state/federal government. The City’s hope was that our approach and leadership would bring others to the table. The Council last May passed a promising resolution committing to a culture of humility and learning around issues of marginalization and trauma-informed care, yet we struggle with having a coherent set of principles. We sabotage ourselves. We still sweep without appropriate alternatives. We turn people away from the downtown Mitigation Site— the single legal place for houseless people to camp— so we can hold spots for others who dare to be more visible.

The genuine excitement that accompanied the opening of the Mitigation Site (I was there setting up tents with my friend Regon) and its stated principles of self-governance and empowerment quickly dissipated. It was soon crammed to the gills to justify more sweeps. Attractively uniform but impractical tents flooded and froze. Residents were hamstrung by draconian visitor rules, and counterproductive heating policies, etc. These wildly unpopular decisions seemed to come from fears on the part of the City, rather than any experience of what actually works in a camp setting. Each time we approach another sweep, more people removed from the Mitigation Site (often without due process or appeal), with their spots held empty to justify the removal of others living at unsanctioned camps. For those who move into the Mitigation Site with a sense of hope for their future, this is a bitter realization to swallow.

We have access to much wisdom and research about homelessness that suggests a truly bold roadmap to success, one that challenges the oldest and most persistent stigmas about the unhoused. None of it benefits us if we’re afraid to lead wholeheartedly, if we still feel the need to flatter the misinformed and those who cynically try to use homelessness as a wedge issue and are simply not invested in success. Integrity is risky. We can’t promise other cities that they can go back to hiding their homeless and also engage in newer evidence-based solutions. These are mutually exclusive: the old solutions are inherently damaging to human dignity and the new solutions must restore that dignity in order to work.

I hope we can still validate the work that the residents, faith communities, and advocacy groups have done to make the vision of the 4th Ave Bridge camp a reality. Even if we can’t, I believe that we’ll succeed eventually. The crisis is deepening too quickly for homelessness to remain a problem of the “other” for long. A recent Supreme Court ruling, though narrow, has given unhoused people a taste of the rights they have been denied. Folks on the street are increasingly impatient for justice. Our faith community friends are increasingly frustrated with the results of negotiation and collaboration with the City. Many are confused as to why the City would stand with uncommitted complainers instead of with their committed partners.

There is increasing skepticism of politicians who justify the same tactics once explained by prejudice and disgust but now carried out in the holy names of environmentalism and public safety. Also increasing is the love and solidarity between our housed and unhoused neighbors and between our God-inspired and activist communities – along with our determination to work together towards our common goals, with or without (hopefully with!) the City’s help.

Robert Bruce is an organizer for Just Housing Olympia. He loves Magic, The Gathering and story games. He wishes Burial Grounds was open now. 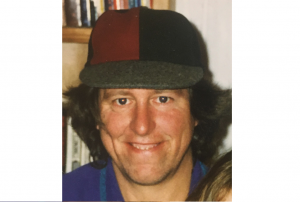