From security to paramilitary training

In the late 1980s, D’Amico leased a site near Discovery Bay where he was permitted to train SSNW employees. After 2001, neighbors become alarmed at increasing noise from automatic weapons fire, explosions, and helicopter landings. In 2005, Jefferson County red-tagged buildings constructed without permits.

In response to a lawsuit, Washington courts ruled that SSNW could train up to 22 employees who vested prior to 1992. SSNW lost its appeal of this ruling in 2010, but D’Amico continued to host military and paramilitary training without permits and in defiance of the ruling. He lost his lease on this property in 2017.

Expanding into the outdoors

In June of 2017, Jefferson County received a preliminary proposal from Fort Discovery Inc. to build a massive weapons training complex — 7 shooting ranges, 2 helicopter pads, a bunkhouse, a clubhouse, cabins, and RV pads at a site near Tarboo Lake. Tarboo Lake is a popular area for recreation locally. Alarmed by the scope of the project, a small neighborhood group organized as Tarboo Ridge Coalition (TRC) to oppose the project.

Under the code then in existence, commercial gun ranges were restricted to small-scale, recreational, and tourist use. The County realized that they were unprepared to deal with D’Amico’s proposal and declared a year-long moratorium on accepting permits for all gun ranges.

They developed a “work program to assess the impacts of existing and future commercial shooting facilities on public safety, the environment, and land use compatibility.”  Fort Discovery’s owner was appointed as an “at large” member of the committee tasked with making recommendations to the Board of County Commissioners (BoCC).

During years of dispute over Fort Discovery’s activities, D’Amico filed numerous lawsuits against the county, harassed opponents with lawsuits and defamation letters and filed many dozens of public records requests. A recent lawsuit against Jefferson County, for example, claims over $100,000,000 in damages. Experienced professionals call these tactics “paper terrorism” and “Strategic Lawsuits Against Public Participation (SLAPP)”, and describe their goal as intimidating and bankrupting individuals and local governments.

The county entered into mediation with Fort Discovery Inc., apparently in response to the threat of additional lawsuits. TRC confirmed that county officials had met frequently with Joe D’Amico and his attorney, Greg Overstreet, during the moratorium. In response to a public records request, the content of those meetings was heavily redacted due to “mediation privilege.” No mediator had been present at these meetings.

In September 2018 the county issued draft ordinances that together allowed large-scale military and paramilitary training of unlimited size and scope. Planning Commissioners recommended the drafts be revised to include “bright line” regulations including 500-yard setbacks from large public lakes, no military training, no aircraft, outdoor shooting only from 8 am to 5 pm, 8-ft. security fencing, and 16-ft. noise barriers. In December 2018, the BoCC passed Title 8 (public health and safety) and Title 18 (land use) ordinances that ignored the Planning Commission recommendations and opened up 76% of unincorporated Jefferson County to commercial gun ranges of unlimited size and scope. On his Facebook page, Mr. D’Amico offered to partner with other businesses that wish to start large-scale weapons complexes in the county.

Fort Discovery’s 2005 violations at their former location have never been resolved. The red-tagged buildings were moved to the Tarboo Lake location, without permits. TRC is working with the US Army Corps of Engineers, WA State Department of Ecology, and Jefferson County Departments of Community Development and Environmental and Public Health to enforce the extensive permitting violations that these agencies have documented at the Tarboo Lake site.

In December 2018, Tarboo Ridge Coalition appealed the Title 8 and Title 18 ordinances to the Growth Management Hearings Board. In September 2019, the Board invalidated the ordinances and gave the county until March 2020 to pass acceptable ordinances that include an appropriate environmental review. The BoCC then passed a 6-month moratorium on commercial shooting ranges.

Public meetings and a fresh look

After a series of public meetings in fall 2019, the Planning Commission submitted a recommendation that honors the Second Amendment right to bear arms while protecting the forest and tourist economies, minimizing environmental degradation, guaranteeing safe shooting, and simplifying permit and enforcement processes.

Their proposal is simple: All future Jefferson County gun ranges should be built indoors, in commercial and industrial zones.

A SEPA review and public testimony

The Planning Commissioners are nine citizen volunteers from all corners of Jefferson County, appointed by the BoCC. They noted that indoor range technology is currently in use at over 16,000 sites throughout the United States. These facilities have been good neighbors, and pose no threat to human health or the environment when they are properly designed and operated. In contrast, the adverse impacts of outdoor ranges cannot be mitigated effectively—they disrupt neighbors, usurp other land-use opportunities, and put toxic metals into the environment.

After a staff State Environmental Policy Act review, the BoCC will take up the Planning Commission’s recommendations and accept public testimony at a hearing at Fort Worden on February 10. 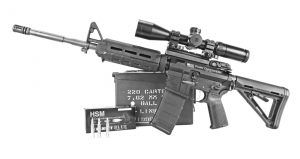