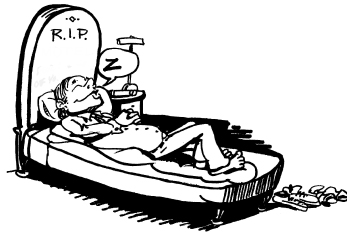 Even if we do not always agree, we can present our arguments clearly and consider respectfully what the opposing viewpoint is. For scientists, we expect that differing views will add to the knowledge base and then help clarify our understanding. The way I will consider the truth here involves understanding and evidence The “Near Death, Explained” article by Mario Beauregard, published in Salon.com April 21, 2012, contains some useful information and also some false. Some of the people involved may be sincere and competent and searching for the truth. But, the art of story telling requires that a story hold the attention of people and so word usage may often confuse the facts. Death and the human mind both seem very mysterious in many ways.

However, the term science is used in this story incorrectly and should not be considered true. Some of the reports included, seem accurate enough for a human interest article and the entertainment value here is medium (pun intended). As with claimants like the Discovery Channel though, popular stories are not always true and the term science used in a story does not cause a story to become accurate. There is actually no person I already knew involved or any facts in Beauregard’s story which make it appear true. As near as I can tell (at face value) it could be entirely fictional. Others may surely disagree, but, for this story I will try to explain how “Near Death, Explained” fails to ring true. Scientists must fine tune their precision and the audience has to be able to meet them half way on communication and understanding.

There are some convincing terminology in, “Near Death Explained” which are sure to persuade many people. The subtitle reads: “New science is shedding light on what really happens during out-of-body experiences—with shocking results.” So, are we reading to find the truth or to be entertained? The two are not mutually exclusive, but already the author is deliberately mingling these two perspectives to generate false ideas. He offers, “what really happens,” and also, “shocking results.” Ordinarily I would stop here and never read this story if it were not for a deliberate purpose. (If readers really wanted to be entertained by clever writing and mystery, I recommend a book by Richard Bach, Bridge across Forever. This book is far more entertaining and makes a better case for the possibility of out of body experience.) But still no substantive evidence.

This story begins with a famous case study, a celebrity named Pam Reynolds. I have not independently verified any of these reports because the time required, in this case, is better spent elsewhere. I’ll just use these reports at face value. A trustworthy “cardiologist.. was able to obtain verification from medical personnel regarding crucial details…” Pam recalled details she should not have overheard during her surgery and remembers viewing the scene from above. Since I myself have had dreams which are astonishingly vivid and seemed to reveal images I should not have been able to know about, I am suddenly intrigued. But, just because educated doctors claim something, does not make it science. To be science there should be tests which can confirm or refute a hypothesis. This is a human interest mystery, the story is not science.

In fact the human mind is wondrous. We should be astonished that we can interpret reality at all. But, because we always only observe a minute fraction of what goes on around us, much of our brain’s activity is about filling in the blanks with guess work. And, I only sometimes remember where I once saw some various details. If we are alert and focused we can make reasonably good predictions about what details we missed. But a good casino player knows the probability of the odds and does not fool themselves with the hope of magically seeing the future.

Psychology is a budding science. No doubt many people are helped by psychiatry, I get discombobulated myself from time to time. But, is all the help it renders really greater than all the pain of the experiments done on humans and other animals over the years? I think not. When we only look for the helpful features, then all the thousands of tortured and killed mental patients, prisoners, and millions of puppies, bunnies and monkeys get forgotten. If we want to understand psychological phenomena we should begin to see the need to be rigorously honest with ourselves. A dream is not reality.

There is actually a mysterious way in science which could be misconstrued to possibly account for out of body experiences. It is called quantum entanglement. This real action seems to demonstrate how widely separated particles remain synchronized. If things in your brain can stay synchronized with the ceiling outside perhaps you could dream of actual events from some ceiling’s viewpoint. Could people really use this effect to spy on others or retain conscientiousness after final death, not very likely. The synchronization of particles works only when they are not observed; it is subject to randomization and will dissipate rapidly. The cult classic movie, Dreamscape made a vary entertaining display of these ideas. If though, you really wanted to retain memory after death then I recommend doing good for others and they will retain fond memories of you. Quantum mechanics is clear on these topics, extra sensory perception is not science or real.

Many people report that their lives are changed for the better after near death experiences. Since we could all use a little bit of that, I will not scorn them. Any time we make it to work or school and back home we pass by dangerous situations where we might have been killed. We can use any normal day to consider that we have been near death this day and decide to hold life more dear from now on. But, because things stop us from getting things we would like to have we become resentful and forget the value of a grateful spirit. Now try looking at what you do have and find what is beautiful about everyday events and objects. If you are in bad situations that ruin your day then don’t go there again tomorrow. There are far more real and immediate activities that could be dealt with joyously; we do not have enough lifetime to handle things badly over and over again. Our lives and those good people we know of are, and always have been precious, and always shall be.

Spiritualists do not require verifiable facts to support the structure of their ideas but scientists do. If people wish to base their beliefs on testimonials and it helps them to live happy, productive lives, then who am I to burst their bubbles. I would not bother if I did not know that sincere people are searching for the truth. Just like the previously mentioned psychologists, the spiritualists are keeping a blind eye for the suffering they cause. They are convinced that nonsensical chanting, or meditation calms the spirit so we don’t need to feel bad about the suffering around them. A friend recently told me that foreign children probably deserve to suffer because they committed crimes in their previous life. This is the thinking of spiritual people. We don’t know how to stop the suffering, since we cannot reliably work together. Impoverished people who can’t get condoms and increased green house gas emissions are some results of people with blind eyes toward consequences. When a story is put in writing the words can be rearranged to present false ideas as true if we are not alert. I would rather welcome someone to help make these stories more accurate. When writing about science it is presumed that a misplaced word can destroy an explanation. A fun game to spiritualists, but to science it is a serious house of cards. If certain cards are removed then the structure will collapse. New age mystics could help us more by considering reality to be valuable and solving the real problems.

In conclusion, the story, “Near Death, Explained” has no scientific merit. I do consider it to be somewhat entertaining, although, I have listed a book and a movie which are both more entertaining and illuminating than, “Near Death, Explained.” To evaluate reports and judge the truth of some story, there is an already well known method which scientists often use. “The Boloney Detection Kit” in Carl Sagan’s 1995 book, The Demon-Haunted World. The real world around us is too valuable to be taken away by fantasizers. Anyone who writes about science should apply the boloney detection kit to their ideas before presenting them to readers, or it is probably not science. I have mentioned three wonderful sources now, if you have the time to check facts, these three are really terrific starting places.

Next:
As we settled in, the time came for us to…