Looking back to look ahead to 2020

When we look ahead to 2020 and beyond we see struggle, promise, hope, and victory for self determination, from Gaza to Santiago to Hong Kong to Kafranbel to Baghdad.

When you zoom out over the past decade, you notice how more people in more places around the world have been rising up powerfully, consistently, and with a focused vision for self-determination and against settler colonialism and authoritarianism.

From the start of the decade: The Arab Spring in 2011 saw a movement shift against corruption, with weekly protests from towns like Kafranbel quickly setting the tone for cross-border communication against authoritarianism. Occupy Wall Street in 2011 gained grounds for an economy that serves people not banks.

A new discourse on police brutality

Black Lives Matter in 2014 made a powerful shift in public discourse on police brutality in the United States. From South Korea to South Dakota, 2016 gave us the Candlelight Revolution and the NoDAPL movement. In 2017, the work of Tarana Burke took off and women everywhere were saying #MeToo.

People all over protesting for peace and a decent life

In 2018 we saw the people of Armenia, Algeria, and Sudan successfully create enough pressure to have Sargsyan, Bouteflika, and Bashir resign. It’s also the same year we saw Palestinians begin the Great Return March, a march which has been ongoing every Friday since it started despite brutal and deadly repression from the IDF.

And just this year in 2019, we saw the emergence of protests in October across Lebanon, Iraq, Chile, Haiti, Hong Kong, Catalonia, Georgia, with many reports of protestors learning tactics from each other and uplifting each other’s causes.

Hopes for the coming year

In 2020 we will seek victories through cross-struggle communication, courage and hope,

—from The War Resisters’ League. The WRL has been resisting all forms of war at home and abroad since 1923. Their work strives for the removal of all causes of war, including racism and sexism and all forms of exploitation. www.warresisters.org 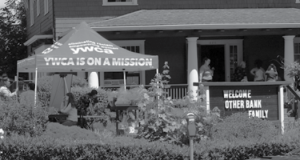